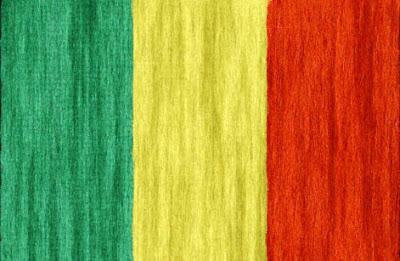 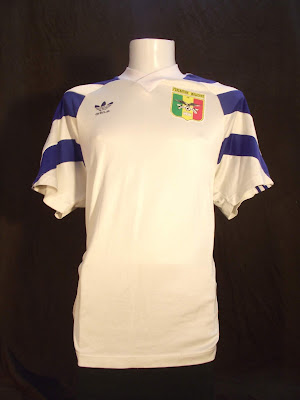 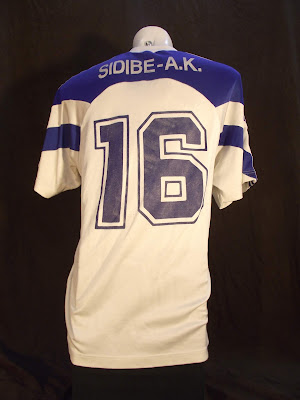 Abdoul Karim Sidibe is one of the many international football players that are largely, and nearly completely, forgotten by the world. He is one of the few international football players who do not have an own Wikipedia page and it was impossible for me to find out anything about his career. All I know is that he used to play for the Malian side of Djoliba AC and was picked for the African Cup of Nations 1994 in Tunisia. Now, however, AK Sidibe may not longer be forgotten. I am more than happy to give him at least one place in the internet where is name remains. So, dear google: ABDOUL KARIM SIDIBE!

This shirt was indeed matchworn by Mr. Sidibe, probably during the said African Cup of Nations. I got my hands on this shirt through a German who used to work at the AFCON tournaments as a journalist for ages, including the Tunisia edition in 1994. He somehow kept this shirt all those year and finally sold it to me for not more than 80€ - what a bargain for probably the oldest African matchworn shirt in my collection!