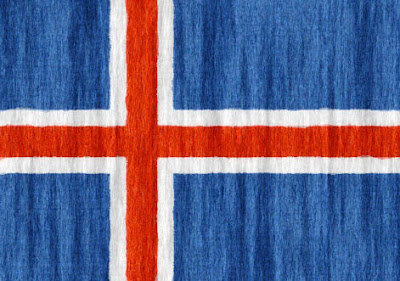 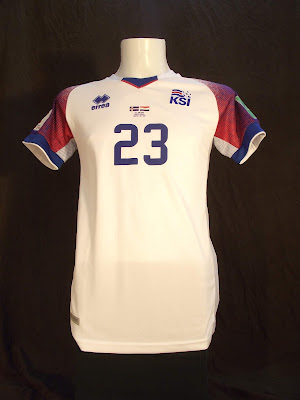 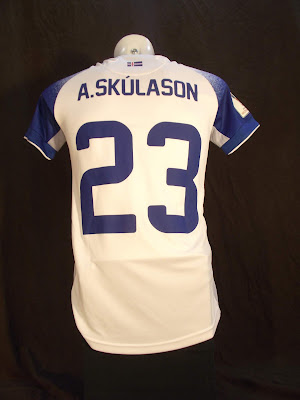 Ladies and Gentlemen, take a seat peel your eyes and enjoy the possibly most valuable piece of this small collection!

As all my (three) long-time followers will know, I fell in love with the Iceland FA long before they got the hipsters favorite team around the world and long before teams from Aruba to Zimbabwe and from Andorra to Vanuatu did the "Viking clap" stuff. Back in 2014 I wrote an email to all FIFA members I still missed a shirt from, and Iceland (and the Faroe Islands) where the only ones coming back to me. Well, not exactly, to be fair. Both did never respond to my mail, but instead just posted me a matchworn football shirt. Obviously, I was absolutely over the moon and, indeed, until today, I very much value both shirts a lot, as they proved me that not all FAs out there are absolute shite.
(Fun fact: The German FA at the time responded by sending me a link to their webshop, without a single word more than the link. The English FA responded "As you might imagine, we have people asking us for shirts all the time. We thus generally decided to not support any collectors, fans, charities or other groups or individuals asking for free shirts". Just to rest assure you - I asked if there is a chance to BUY a matchworn shirt in both cases).

Back to the brilliant Icelanders, I was obviously pleased to see them qualifying for both, the latest Euros and the World Cup in Russia. I realized that I still have that contact in the FA from back then and decided to just write him a mail to congratulate him about the amazing path Icelandic football went in the meantime. I also send him the link to my initial Iceland post, as I believe I never shared it with him before, thanking him again for his kindness to send me a shirt back then. Guess what, he replied within a week and offered to send me a new shirt to add to my collection. Even more, he said that, given my collection grew as football in Iceland, he will watch out for a shirt from the World Cup squad. What shall I say, a few weeks later I had this one in my inbox, together with a short greeting card and a ticket to one of the matches of Iceland during the World Cup in Russia.

While Ari Skulason in fact did not play in their last group match, vs. the later vice-champion Croatia, and thus the shirt is "bench worn" and not match worn, it is still absolutely amazing to get such a shirt straight from the stadium in Russia, indeed. I really cannot thank the Icelanders enough for their generosity and their amazing support! Thank you and hopefully see you again at the next Euros or World Cup!
Eingestellt von DJLiesel um 15:21