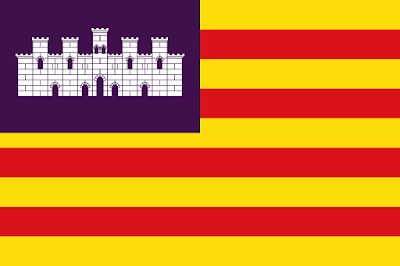 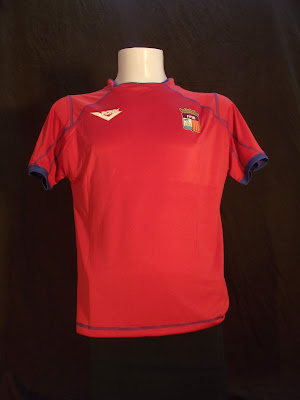 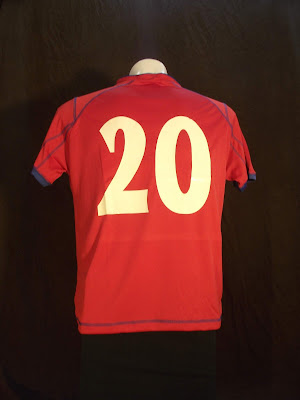 While my national team collection pales in comparison to those of my friends Nick, Joe or Eric, I proudly claim to have the largest collection of non-FIFA international shirts.Obviously, being the general secretary of CONIFA, the largest non-FIFA organization around, helps, but I am still looking further and try to get shirts of non-FIFA teams that are not organized in such a way.
One of those fields are the Spanish Regional teams, which regularly compete against each other and occassionally also against FIFA national teams in festive matches.

The Balearic Islands are generally one of the least active of such Regional Selections and, as far as I am aware, they did never organize any match against a non-Spanish opposition. However, they do play in the regular tournaments between the Spanish Regional teams, which is held annually for all kind of youth teams. Thus, the team has a low profile and is relatively unknown, even on the Balearic Islands itself, where fans get behind the local clubs, such as RCD Mallorca, instead.

To nevertheless get a shirt of the Balearic Islands, I regularly wrote emails to the FA, as I did with many others. Unlike most of the Spanish Regional FAs, the Balearic Islands FA did actually respond, by sending me this great matchworn shirt as a gift. It was used in the 2012 under 18 tournament, came in kids size and is a rather plain template, but it is a very welcome addition to the collection and I am very grateful to one of the few FAs out there who are supportive to a crazy collector. Muchas Gracias!