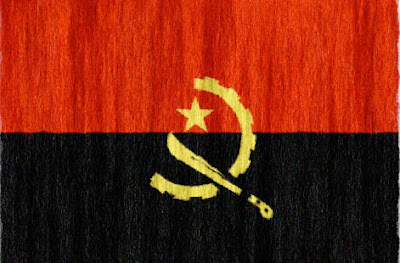 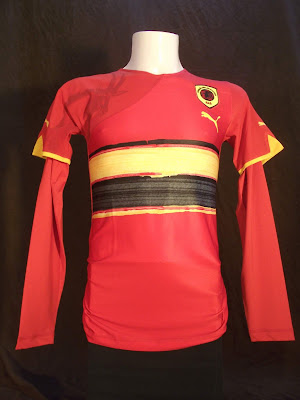 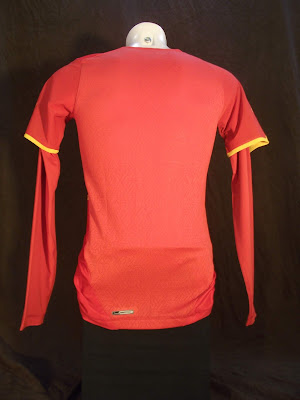 This is a dodgy shirt, I have to admit. It comes from the famous "Puma shoulder corner" series, which was used by a vast majority of African teams back in 2010/2012. All teams that used those shirts seemed to love it and use it over years, with one exception - Angola, who rarely used it at all.
Despite having one of the most beautiful shoulder corner shirts, they somehow only wore it in a two friendlies and a single competitive match, above picture AFCON match vs. Malawi.
The Palancas Negras (black antilopes, as reflected on the shirt) then changed back to their previous design, which is the same, but without the shoulder feature.

The tournament 2010, the first AFCON hosted by Angola, started in the most fascinating way. Angola quickly were 4:0 in the lead against a seemingly completely overwhelmed Malian side. The local fanbase ent crazy and I remember seeing the match on TV and nearly switching off. However, things turned quickly and within a good 10 minutes, Mali came back to draw 4:4 against the host. In the end, Angola still managed to win their group, before losing to Ghana in the quarter final.

Back to the shirt, I honestly forgot where I bought it, how much it set me back or what the source is. I have my doubts about it, as the weird sleeves look odd to me and I remember serez, one of the major fake sellers around, having these in stock. Nevertheless, I am over the moon with the design and it is a great addition to the collection!