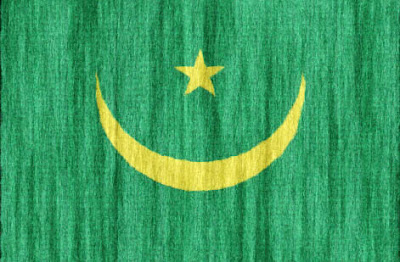 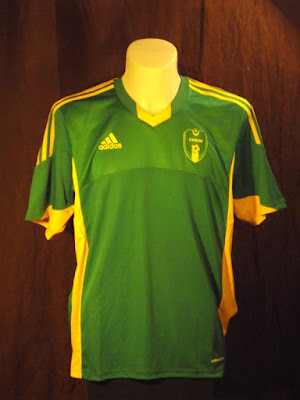 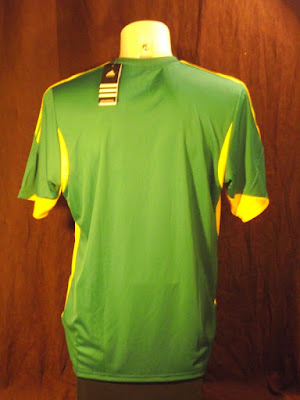 The shirt is plain, but nice, and it is the first shirt of Mauritania I can surely say they really wore exactly as it is! So, after two odd shirts, I can finally cross out Mauritania ultimately.
Mauritania is one of the rising stars in Africa and the picture above just is a kind of proof for that! Even though it was just on the CHAN level, where only African club based players are allowed, the win vs. Senegal and the resulting qualification for the CHAN was a huge success and surprise.
However, in the CHAN itself, they did not perform exactly well, losing all their group stage matches unfortunately. But still, I am quite sure that we will hear more of Mauritania in the future football-wise!

The story how I came to this shirt is rather strange as well. FFRIM, the Mauritanian FA, decided to sell shirts locally in Nouakchott a few years ago, but did not agree to sell them internationally unfortunately. After years of trying to get any contact in Nouakchott or anyone else willing to get me such a shirt from the shop, which all failed, the Mauritanian FA realised that no one buys their shirt locally. So they must have shipped back a huge number of those shirts to Adidas, the manufacturer. And Adidas, who did not really see a market for them in their shops, just splashed them out in their German outlets, who are all placed in the literally nowhere. However, my contacts in Germany are much better and I really found someone who was willing to drive an hour to go to an outlet and buy me a whole lot of those shirts. Summing up the "extra" I paid my mate for the service the shirt came for approximately 30€ in the end, including the shipping to my place. Thanks again FFRIM, Adidas and to the German pick-up guy for making this one possible!