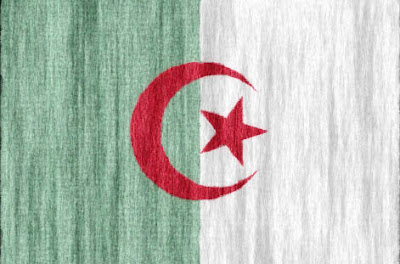 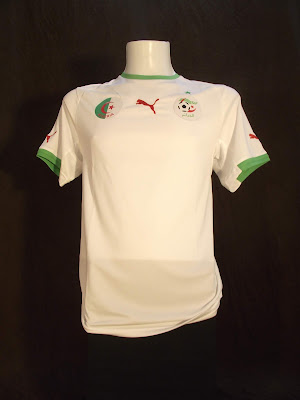 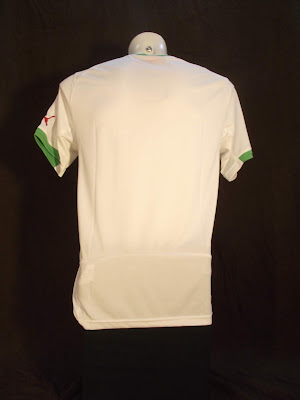 All the German football shirt shops, for some reason, knocked off loads of old African national team shirts for absolutely nothing lately. Althought I had no real use for it, and they were mostly boring, I absolutely had to get them for the price advertised. This one, as one of the batch I got, came for about 9€, for instance, including shipping, of course.

It also is a memorable shirt, indeed, especially for any Germany fan. While we lifted the trophy in 2014, I personally always thought it was our worst World Cup in this millenium (until Russia 2018 happened, of course). Looking from match to match, we started with a blast against Portugal (4:0), only to go on failing to beat Ghana (2:2), who were closer to the win than we were, and scraping a poor 1:0 against a team that wouldn't even qualify 4 years later - USA. We all know that we were super lucky in the Quarter Final vs. France and in the final vs. Argentina, which we both won 1:0.
The incredible 7:1 vs. Brazil in the semis, of course, made everyone forget how poor many of those displays were. By far the worst was our Round of 16 match vs. Algeria, who should have battered us really. They were through to goal about 5 or 6 times during 90 minutes, but failed to score, largely thanks to our fantastic Neuer between the sticks. We somehow luckily got 2 past them in overtime, before conceding late. Until today, I wonder how far they could have gone in the tournament...
Back to the shirt, it was this very design that Algeria wore when they played us in said match - so one to remember for me!