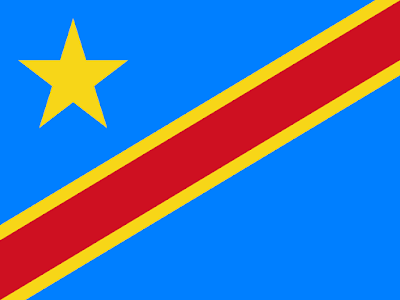 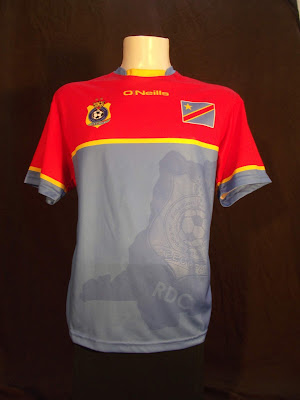 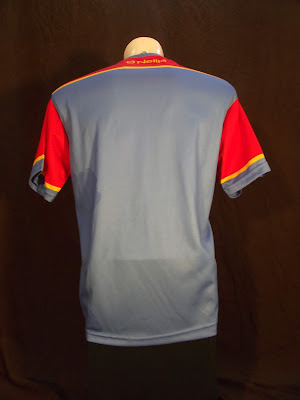 Welcome back to the Democratic Republic of Congo, the least Democratic of all the Congos! The country of endless richness, widespread life-endangering poverty and more rebel groups than you could count in a year. The country of the physically arguably strongest, and technically most mediocre national team in Africa. And the country with one of the most amazing kits in Africa for a decade at least, mostly equipped by the weirdest possible choice of supplier: Irish company O'Neills, which is mostly known to design GAA kits.

Let's start exploring those points one by one. There are nine countries in the world that proudly carry "Democratic" in their official name. By far the most Democratic of those is Timor Leste, which is branded as a "flawed democracy" by international rankings. The worst of all those "Democratic Republics" is North Korea, ranked 167th of the world (out of 167) and branded as a "Authoritarian regime". Only a tiny bit better, ranked 162th in the world, and also branded as Authoritarian regime, we find the DR Congo. In brief, when you plan your next holidays and your potential destination calls itself Democratic, be cautious, it will definitely not be Demcratic! (authors note: Be careful when you travel to "United" countries, you might find out they are not as United as the title suggests, too).
Why some of the least democratic countries in the world call themselves Democratic Republic, you ask? I have no clue, but I like the irony! Thus, I do suggest that we, from now on, agree to refer to the Maldives and Kiribati as "Mountainous Republic of Maldives/Kiribati" and to Bolivia and Nepal as the "Nepalese Coast" and the "Bolivian Coast". We might even speak of the "Micronation of Russia" and the "Great Empire of San Marino" in the future - who knows!
(side note: Why did the Holy See, the only dictatorship in Europe, not implement a "Democratic" into its name, yet?")

Well, back to football. The Congolese (DR) national team is a bit of a hit and miss team. Sometimes, they stun all experts and beat some of the big guns in Africa. Then again, they fall into a massive crisis. That can be seen in the still running AFCON qualifiers 2019. They could keep Nigeria to a draw, which is a big success, but were not able to get past Liberia, which is a huge disappointment. That reflects DR Congo quite well,unfortunately.

Finally, the shirt. It is an absolutely amazing design in the typical light blue / red mix and having a massive embroidered FA crest all over it. It easily is one of the top 10 shirts I own immediately and, within Africa, can only be challenged by the famous Uganda Cranes shirt. Why O'Neills, an Irish GAA company produced it? I have absolutely no idea!