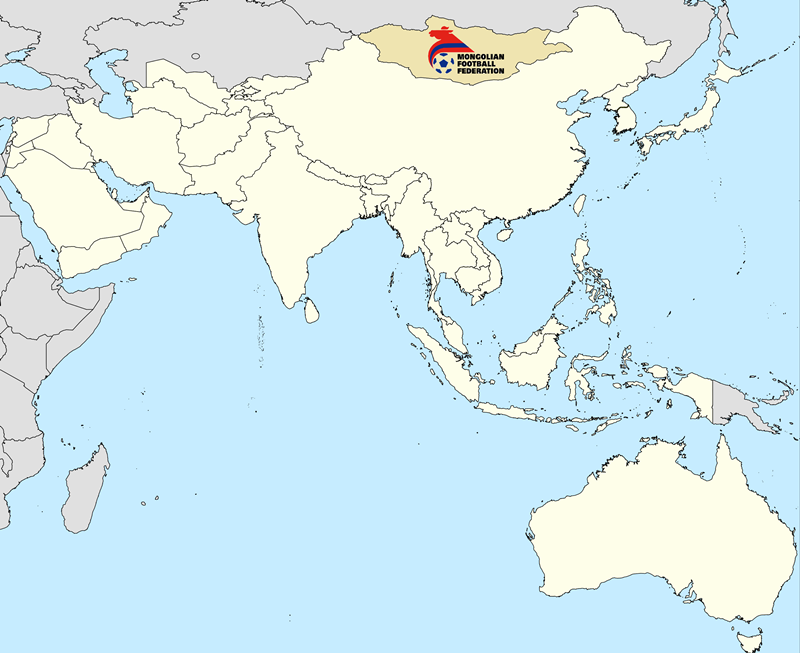 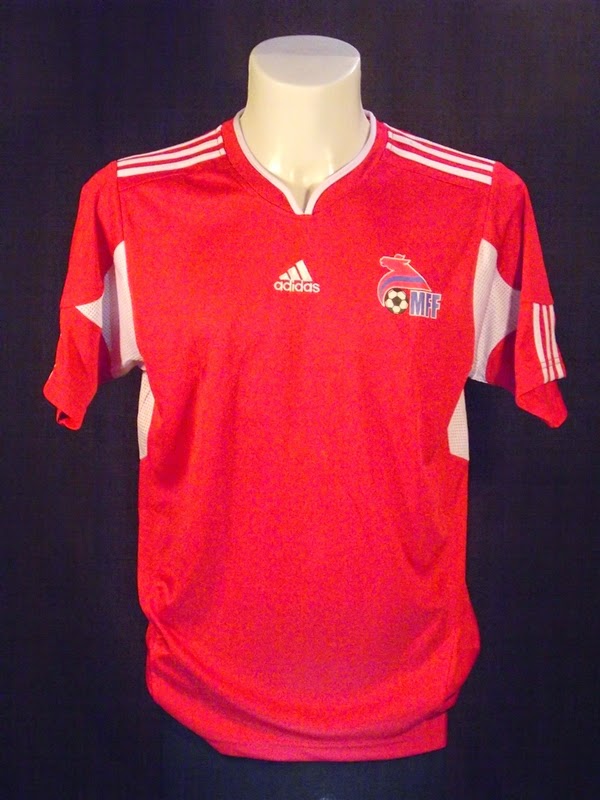 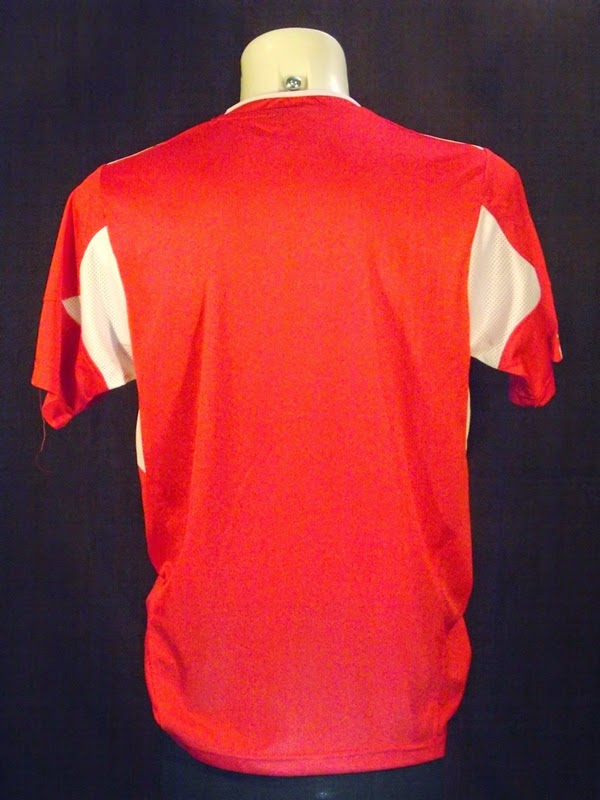 I got this beauties of Mongolian shirts from the German embassy in Ulan Baator. They bought them from the Mongolian FA as you (if you speak Mongol) see on the bill above. The embassador just brought them to Germany now and sent them from Germany, so I did not have to pay thousands of shipment dollars on it :P
I hope you love them as much as I do. As you can see on the pictures above, they were both worn in the World Cup Qualifiers for 2014.
Eingestellt von DJLiesel um 05:32 Kommentare: 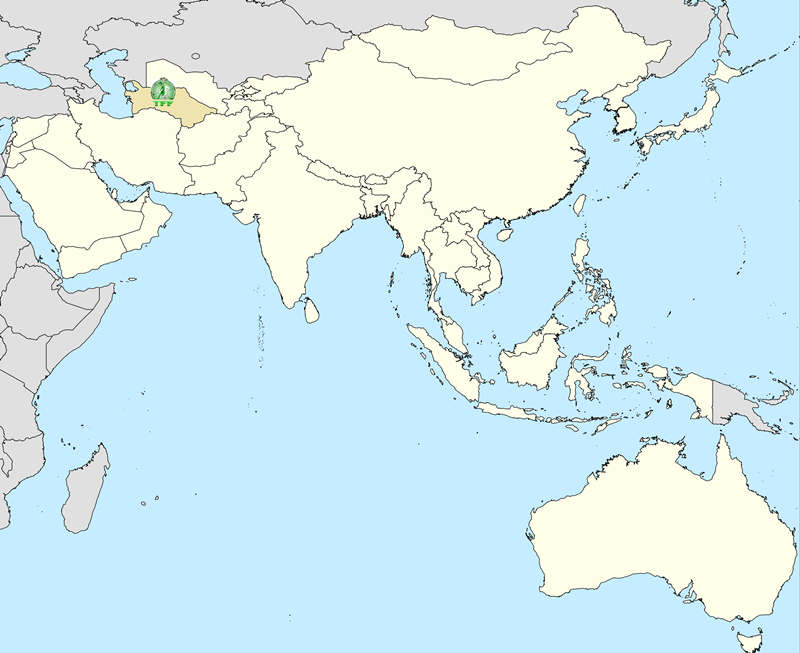 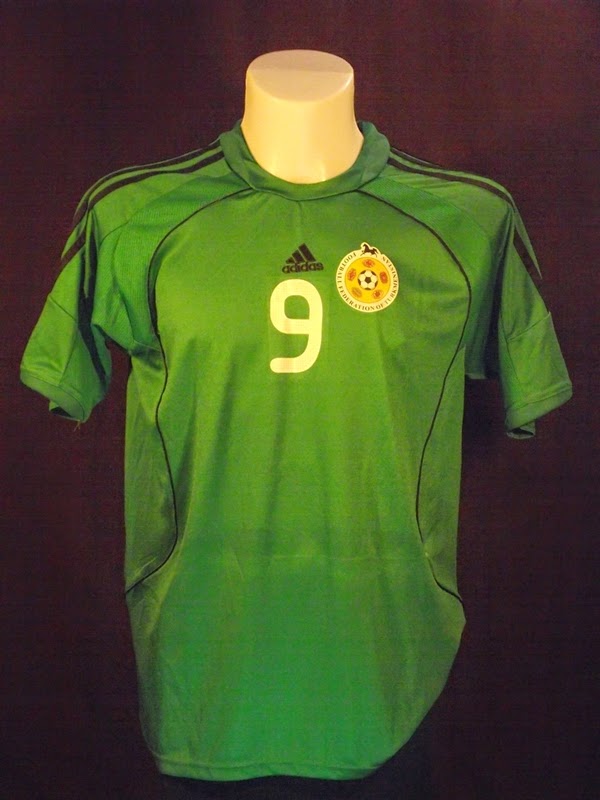 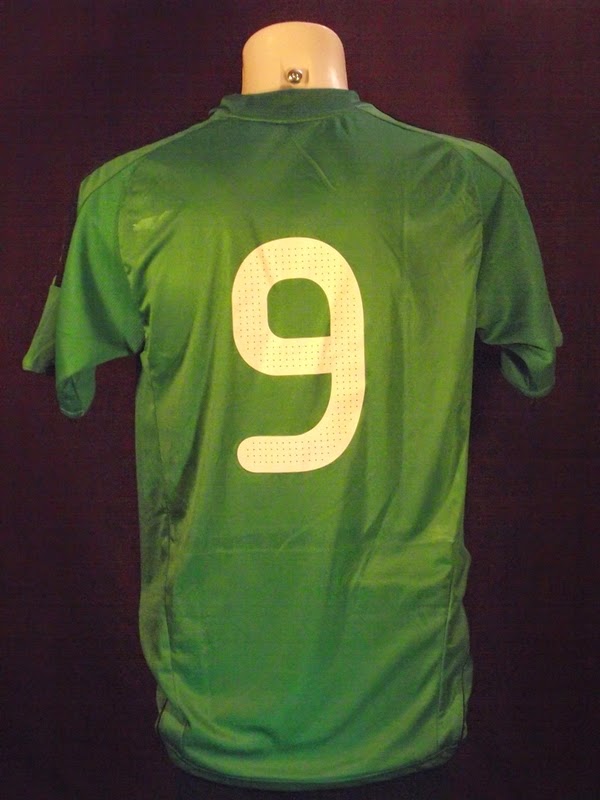 I got this damn rare Turkmenistan from Murad Satylov, the General Secretary of the Turkmenistan FA.
Mr Satylov works for Olympic Council of Asia, why he lives in Kuwait. As most people in Turkmenistan do not have any access to the internet (and with most I mean all except for a handful of leading people) it is nearly impossible to get into contact to any Turkmen. Luckily Mr Satylov lives in Kuwait and so he has access to the internet and I got into contact with him quite easy. After some talks he caught a shirt when he was in Turkmenistan to watch the WC Qualifier Games against Indonesia. He just had a lot to do for a while, as he married and went to honeymoon and so he did not sent the shirt to me for some month.
A couple of days ago he told me that he finally send it on Monday and I was really confused when it just arrived today.
As you can see I did not pay a Cent for it and as the video shows it is a legit shirt.
I am probably the luckiest guy in the world to own this rarity now.
Thank you so much Mr Satylov !
Eingestellt von DJLiesel um 05:19 Kommentare: 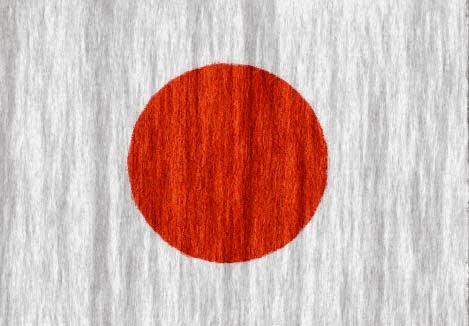 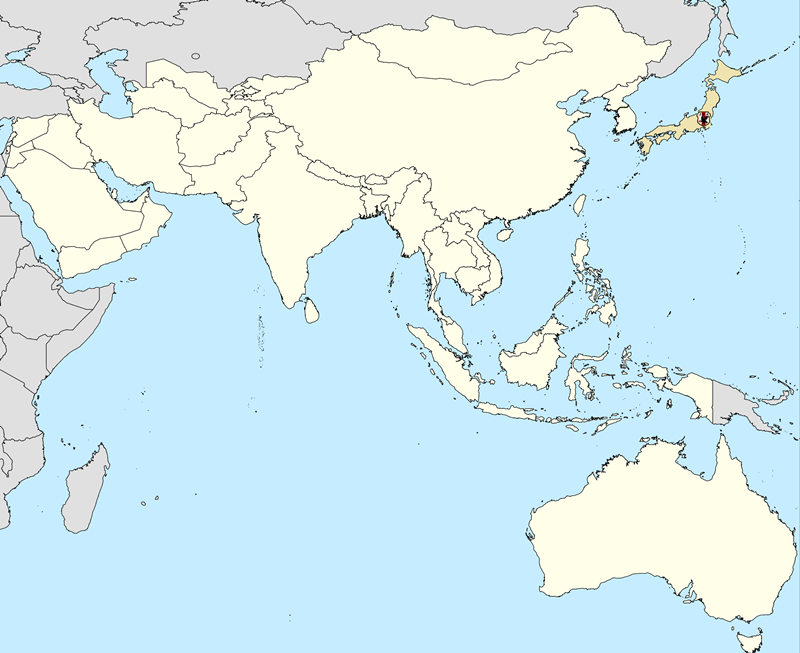 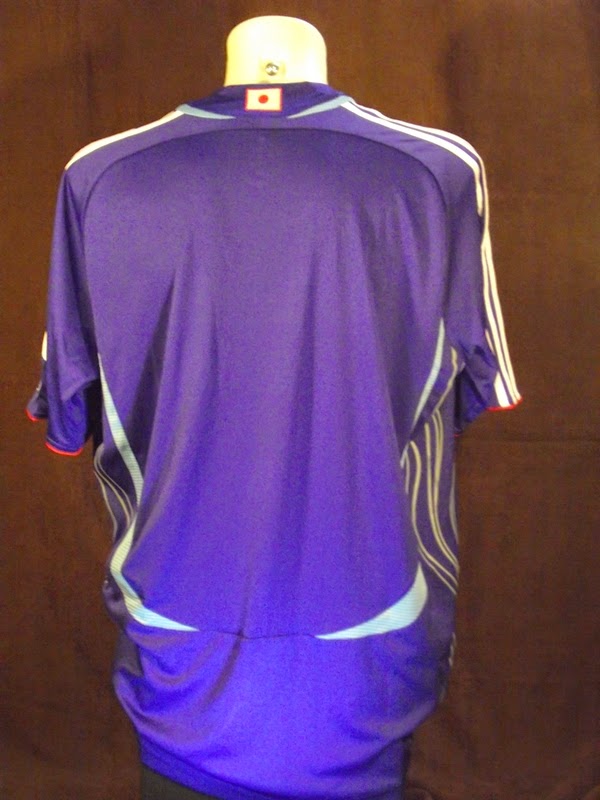 I got this Japan shirt from ebay. Finally I got it, as I really like Japanese football and it is obviously not hard to get a shirt. But most times they went for about 25 € or more on ebay so I just decided to not go for them. This one I got for exactly 8,50€ including the shipment. So it was a real bargain. Unfortunately it is sized XL, so I can not really wear it.
Eingestellt von DJLiesel um 06:41 Keine Kommentare: 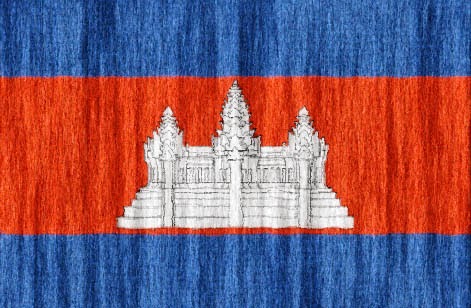 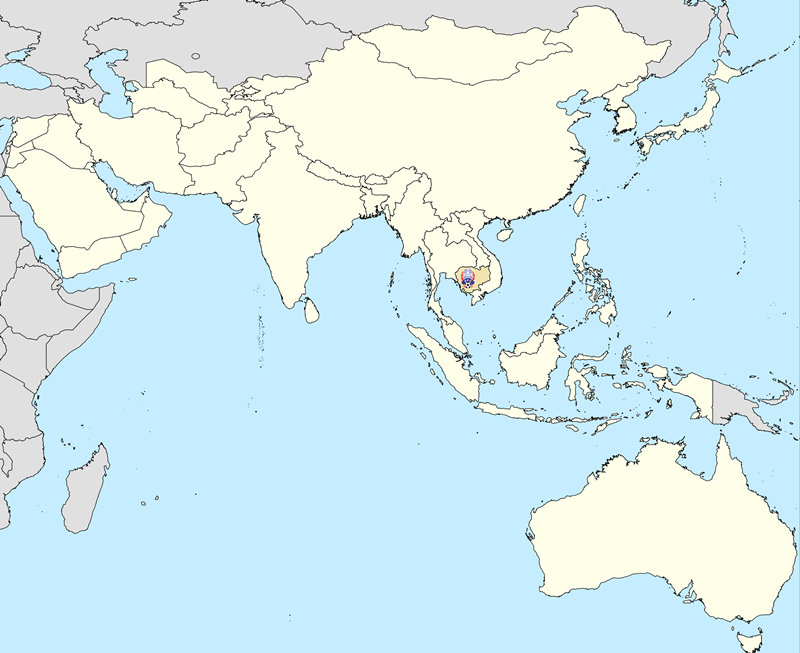 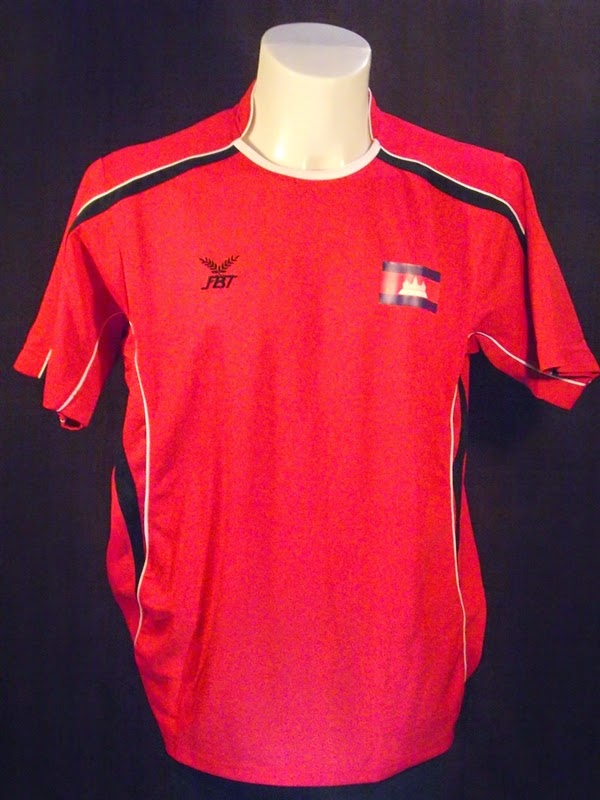 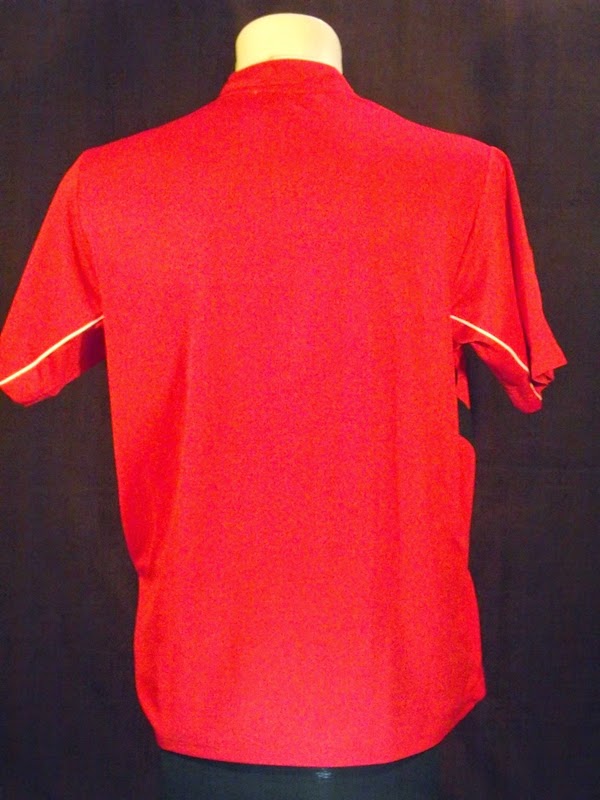 Again this Cambodia shirt came from the Thai ebay seller zenther. He sold this shirt for about 40 € which already includes the shipment costs. I like the design and it seems to me legit for me. So I did a good deal on a really hard to get shirt here !
Eingestellt von DJLiesel um 06:34 Keine Kommentare:

As Luuc asked me how many shirts I got now, I just recognized that I am loosing the overview.
So I decided to give you - and me - an overview about the shirts I got till now. 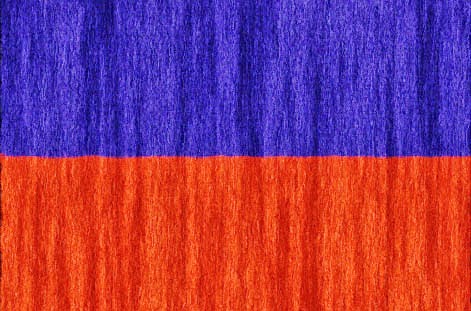 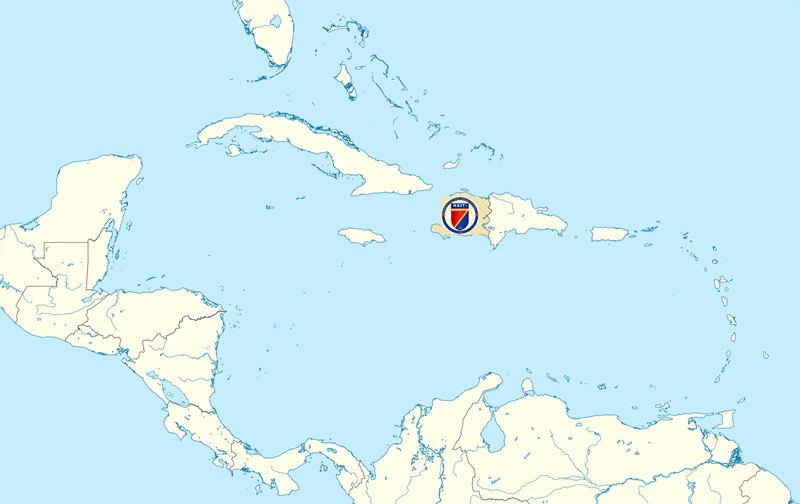 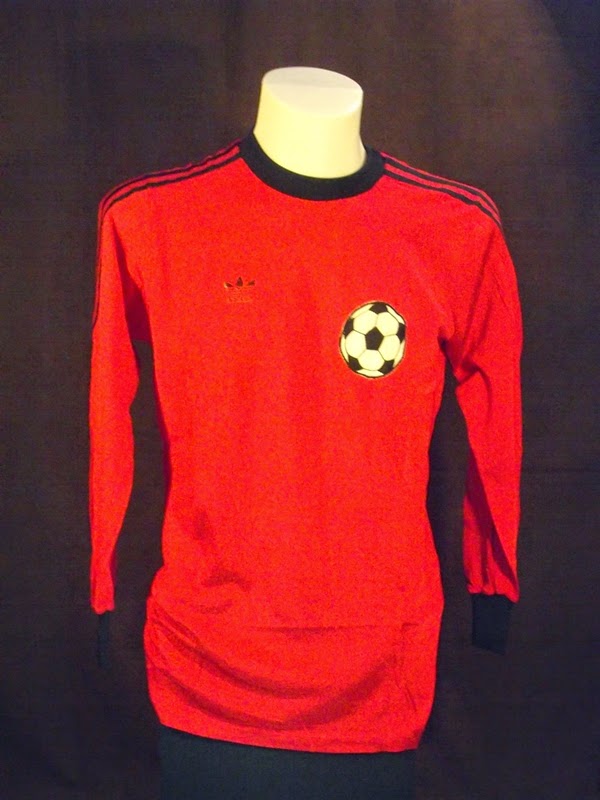 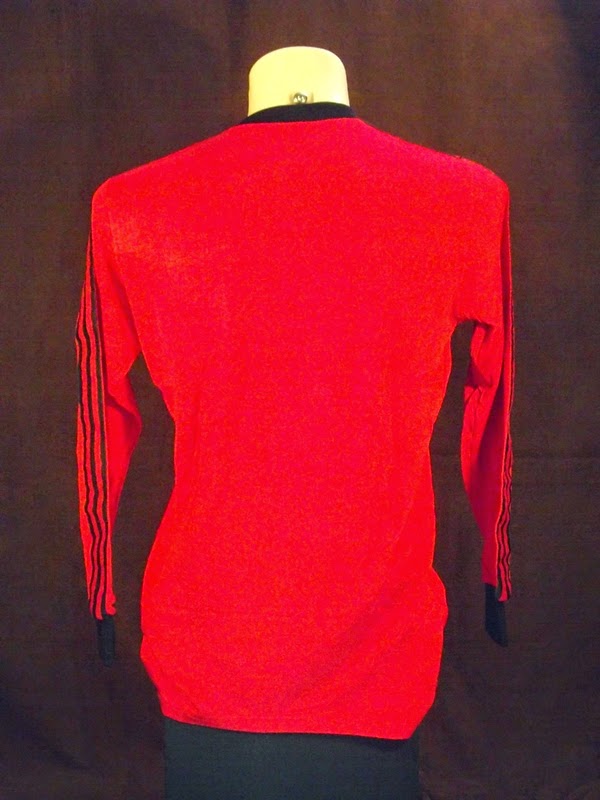 So here is my piece of Haitian football history :) I got this on ebay for 16,25 € + 4 € postage. The seller told me that he got the shirt of the team during the World Cup in 1974. He just worked in the hotel where the team stayed during their first (and last till now) World Cup. The FA did not have a logo and so just used a football as a crest as you can see in the above picture. Probably it is a tranings shirt and not a match shirt, but of course I do not know this. It is impossible to find picture of the 1973 Haiti team who wore this shirt.
I am quite sure that the shirt is authentic and not a remake as the label says made in WESTERN Germany, it has 40% cotton and it feels like the 70s. I really like this shirt, even it is looks quite unspectacular.
Eingestellt von DJLiesel um 07:42 1 Kommentar: 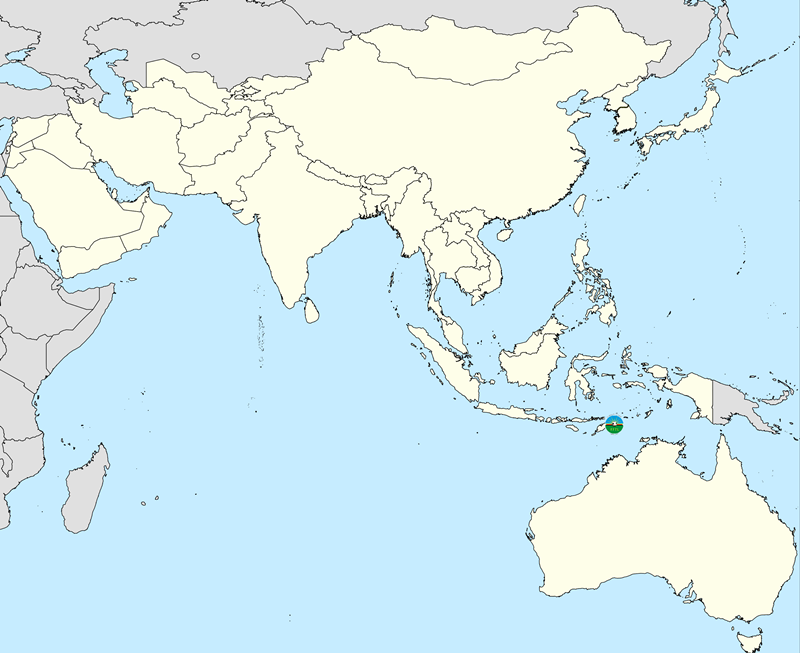 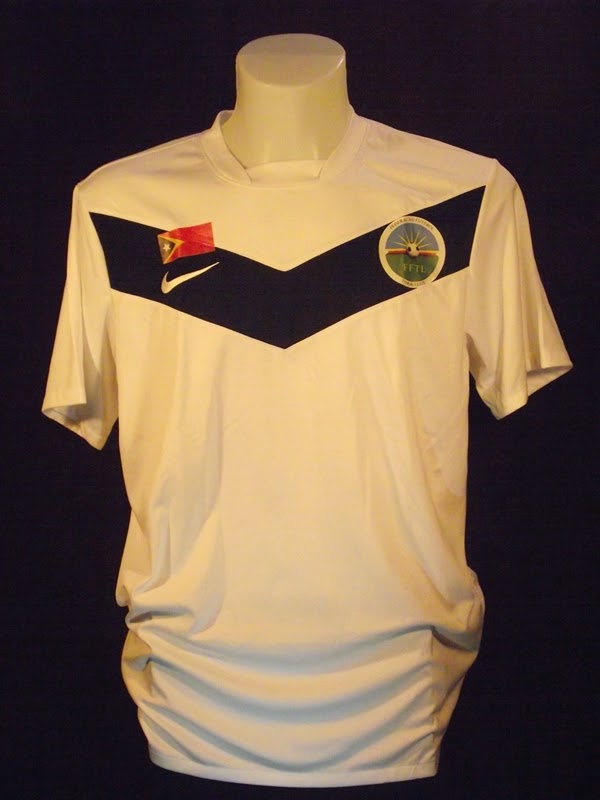 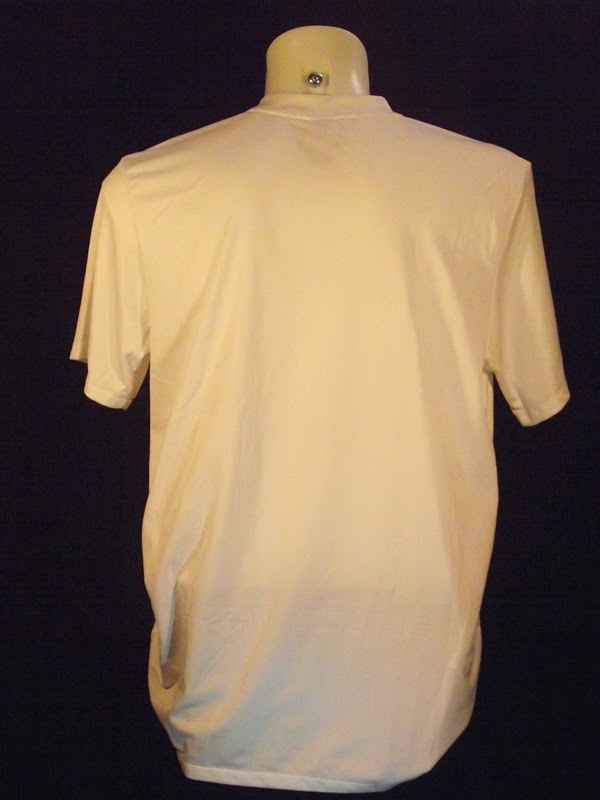 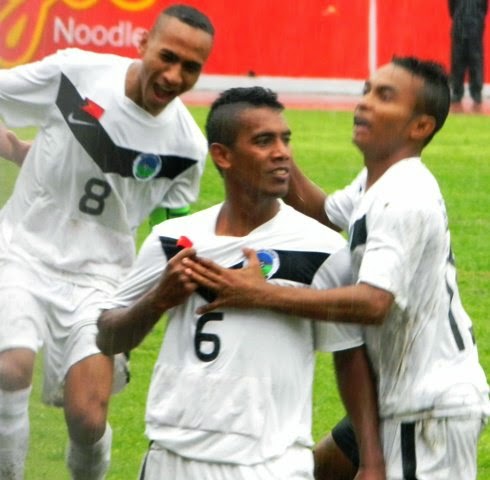 As all you other collectors I got this very rare Timor-Leste shirt of the Thai ebay-seller zenther. I really like the shirt and I decided to call it "authentic" ;) You all know that the shirt costs 32,56 € + 9,31 € postage.
Eingestellt von DJLiesel um 07:08 Keine Kommentare: