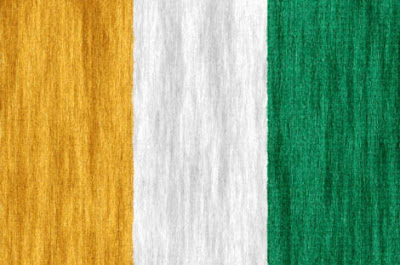 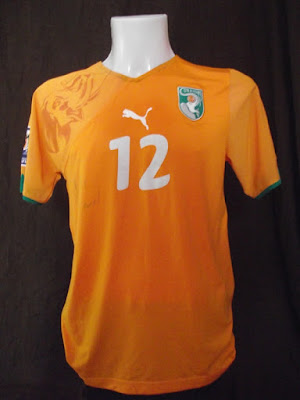 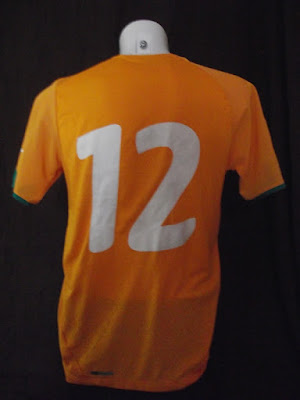 Another very rare and nice matchworn shirt from an African giant from a reliable source! I always preferred the Black Stars of Ghana, not the Ivory Coast, but obviously there is no way to deny that they are amongst the grands in Africa for a whole era now. While individuals like Drogba, Salomon Kalou, Gervinho and Wilfried Bony always convinced and inspired me alot, but they never seemed to be a proper team to me, unfortunately. In addition, Ivory Coast always was extremely unlucky with draws for World Cups, ending in a group Argentina, the Netherlands and Serbia&Montenegro in 2006 and with Portugal and Brazil in 2010, when the best Ivorian generation was at its peak.
I purchased the team on eBay for 75€ including shipment. The source was extremely trustful as he claimed to me that he is a private friend of Guy Demel, who also signed the shirt, and sold about 20 shirts of this particular player. Given the low profile of Demel I see little to no reason for this story to be fake and thus believe in the shirt to be fully legit.
Eingestellt von DJLiesel um 13:48