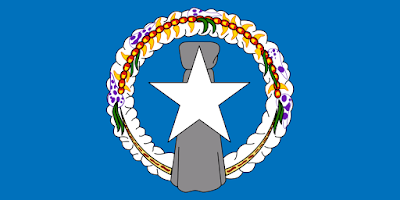 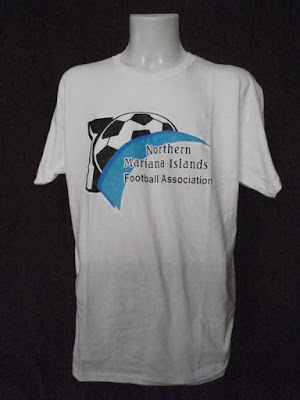 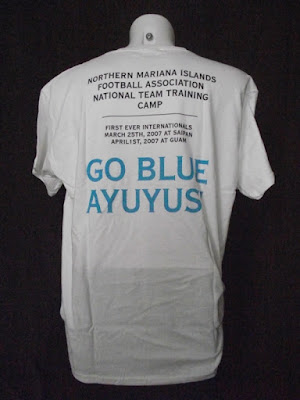 Meet the champion of the bizarre shirts - a simple t-shirt printed for the first ever match of the Northern Mariana Islands national football team. I got this shirt from Steve Menary, a well known journalist, as a swap for a Cape Verde shirts many years ago. However, I always doubted that this is an actual football shirt.
Now, I met Steve in person and he reassured me that this is the match shirt worn in their first matches vs. Guam and that it is even matchworn. That inspired me to do some fact checking again and I could find out that this shirt was indeed worn! However, it is not the shirt used against Guam, which was sky blue, but was a celebration shirt for that event. In the preparation to the first ever national team match, the NMI national team did some matches locally, playing the CNMI All-Stars, where they indeed wore this shirt during a football match! So, I can count it in and absolutely love it!
Finally, I found it highly amusing that the Northern Mariana Islands national team lost 4-1 against a local "all-star team".
Eingestellt von DJLiesel um 13:53