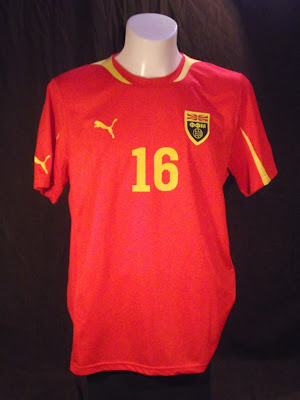 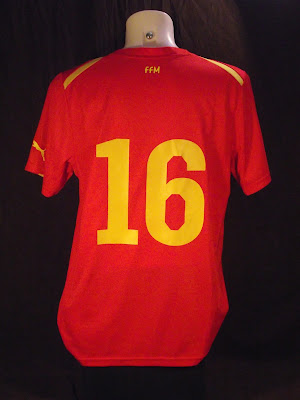 First of all I want to thank my mate Josip from Croatia again for this fantastic shirt! It is at least match issued and was given to him directly from the player, the former Croatian national team player Arijan Ademi, who decided to switch to represent Macedonia internationally.
However, the design is from 2008, long before Ademi "got Macedonian" in footballing terms. That is a bit bizarre, but I am sure that the shirt is legit as I have seen a picture where it is handed over by Ademi to my friend. I also had the same shirt before and comparison confirmed that this is the match version of it.
Unfortunately, after 3 matches for Croatia and 3 matches for Macedonia Ademi did finish his career unintentionally now after he was banned for 4 years for abusing doping.
Eingestellt von DJLiesel um 13:04