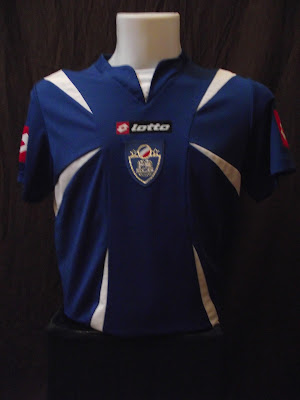 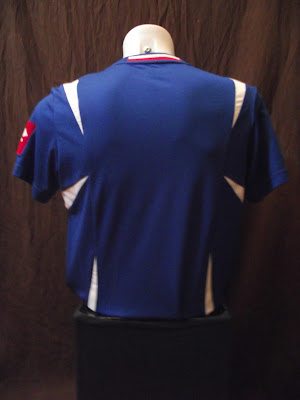 Today I can finally add something to a category that does not find much love in my blog: ex-FIFA countries. Obviously that pool is extremely limited with only 17 nations that did not simply re-name, but left FIFA (and most of the times re-joined as several split follow up nations).
Some of them, like the Mandatory Palestine national team, disappeared long time before football shirts became a collectible or the term "merchandising" was invented. Others, most prominently the big "collective states" only fell recently, meaning during the last 25 years.
One of those fallen collective states was Yugoslavia, which split up into a bunch of small republics and the "rest", which was initially called Federal Republic of Yugoslavia and later relabeled to Serbia and Montenegro. The latter even qualified for the World Cup in Germany, but fell apart again before the tournament kicked off.
This resulted in a very odd situation: Before the matches the national anthem of Serbia and Montenegro "Hej Sloveni" was played and the players professionally ignored this usually festive moment. The reason is simple: Serbia at that time already had the national anthem Boze pravde and Montenegro Oj, svijetla majska zoro, both different to the old common anthem.
Eingestellt von DJLiesel um 13:47