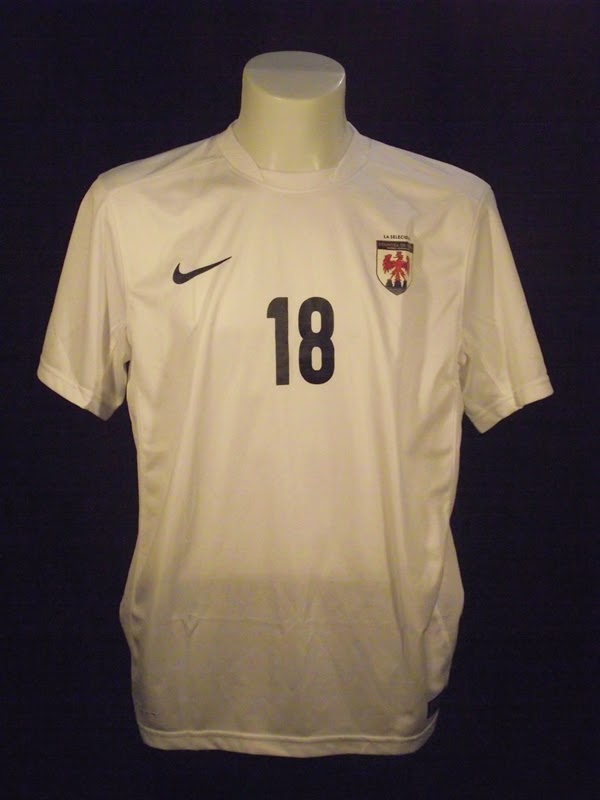 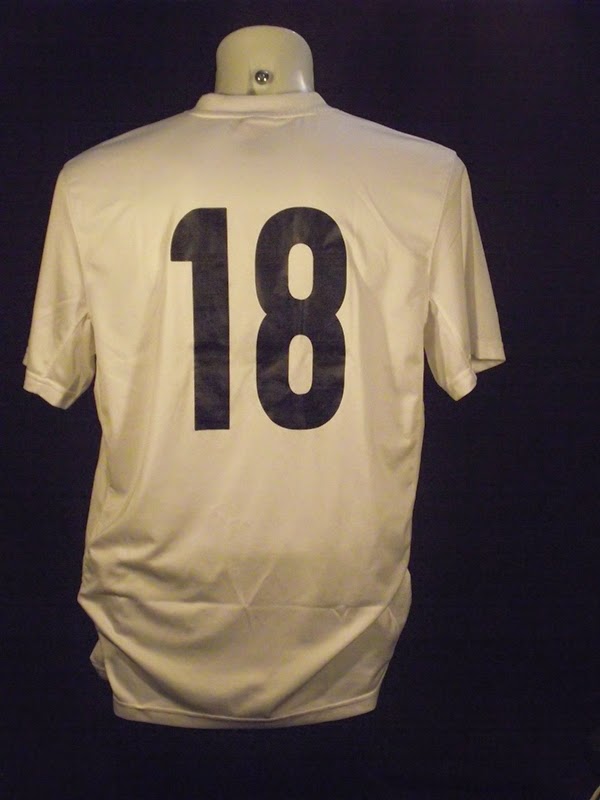 I am very happy to get hold of this shirt of the first ConIFA World Champion! My French is not good, but I understand a loud shouted "Champion du Monde" as you can see it in this "welcome back" video of the arrivel of the team at the airport in Nice...as champions du monde: https://www.youtube.com/watch?v=Fx5aEH3ndKw

The County of Nice had an amazing story before and during the World Football Cup. After Zanzibar and Quebec resigned ConIFA invited County of Nice and South Ossetia in a very short notice of approx 5 weeks before the tournament. Especially Nice did not even have a squad or coach when they got the mail that they are on board! What then happened was amazing. They gathered a squad including French stars like former Paris St. Germain and AS Monaco playr Eric Cubilier and many youth players from OGC Nice. They found support of the assistant manager of OGC Nice as their head coach. They got promotion help of Hugo Lloris, who officially presented their shirt, during his training camps for Brazil.
The expectation were amazing when the newly gathered team came to Östersund. In their very first match, against Ellan Vannin, everything seemed to be in danger already as they lost 4:2. It was obvious to see for everybody that those lads were good footballers, but not a team yet.
So they had a first all-or-nothing match against Nagorno-Karabakh, which was in the same situation, but would go through if they just hold a draw. In an extremely intense match, with 2 red cards, County of Nice was able to score the only goal.
So they went through to quarters, where they played as a great team for the first time and kicked out favorite Padania with a 2:1 win. They then hammered the other reserve team South Ossetia in the semis before they won the goalless final against Ellan Vannin after penalties.
I want to use that few lines to thank the whole management of County of Nice for the shirt and especially the players for entertaining us so perfectly with that amazing football. But I also have to thank the up to 5,000 Nicards who watched the final on huge public places. Enjoy your well-deserved fame now dear Champion du Monde ;)
The shirt itself is quite simple, but especially the logo is very lovely. Obviously 5 weeks were not enough to create a very sophisticated unique design this time. But I am sure we will see the current World Champion way more often in future!