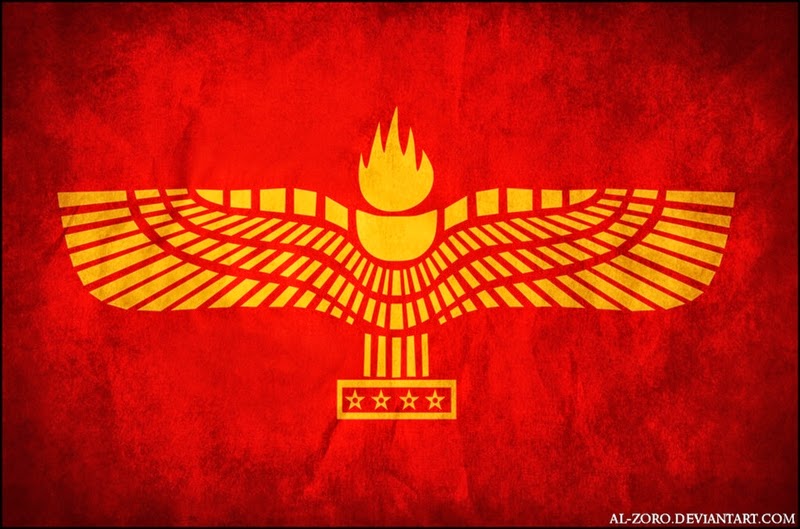 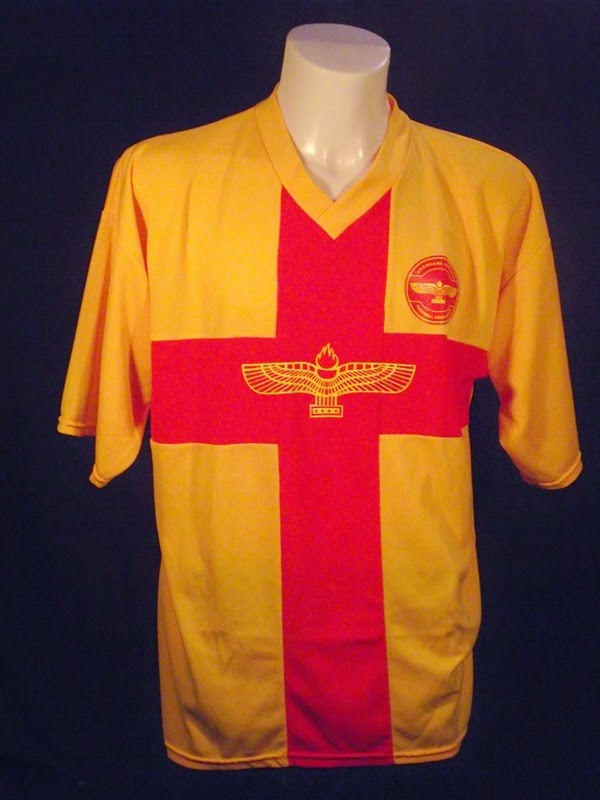 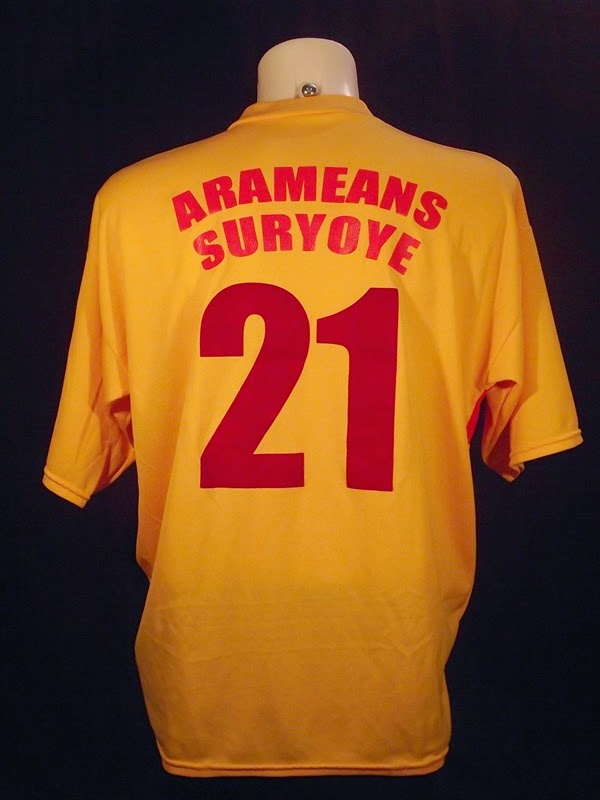 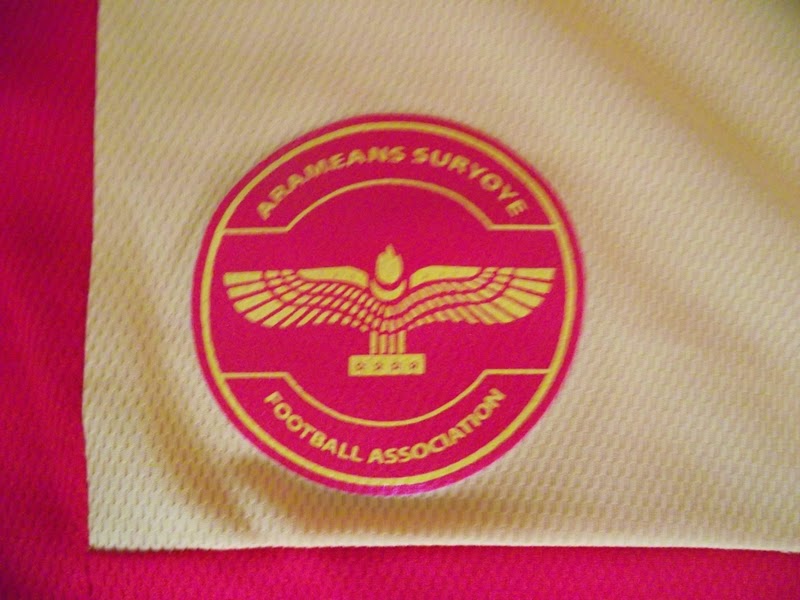 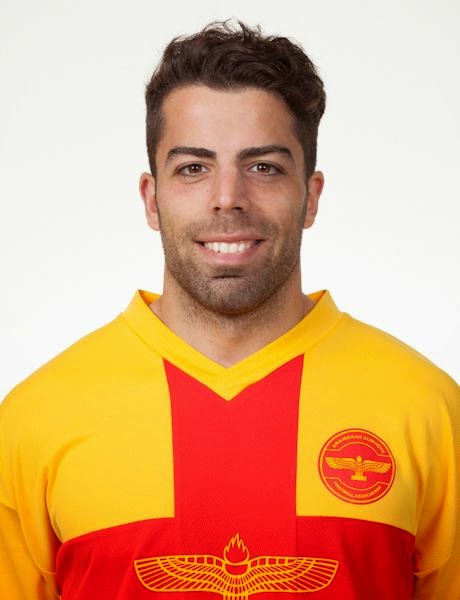 All my thanks for this shirt go to Melke Alan, the team manager of Arameans Suryoye. He gifted me this shirt at the closing ceremony of the 2014 World Football Cup of ConIFA.
The shirt was worn during the whole tournament by number 21, Bertino Nacar, who is, like me, from Cologne and played the last 5 years in the 5th German Division for different teams - most prominent probably SV Meppen. His greatest moment in his career, despite being bronze medal winner in the World Football Cup with his Aramean Suryoye team, was probably scoring in the first round of the German Cup against Werder Bremen for his club Eintracht Nordhorn. This game finishes 3:9 from the POV of Nordhorn in 2008, but how many semi-pros can say that they netted one against Werder Bremen ?
During the World Football Cup Aramean Suryoye had to fight hard against fitness issues and injuries, because their squad only had 18 players. Nevertheless, at least looking at the individual quality, they were considered the top favorite with Kurdistan before the tournament kicked off.
They just started the tournament then with a first win (2:1) against the reigning World Champion Kurdistan. After another 2:0 win against Tamil Eelam they surely topped their group and met Occitania in the quarters. Surprisingly Occitania fought bravely to make it to the penalties, where Aramean Suryoye had the luck on their side.
In the semi final a special match awaited them. During the time in the hotel they got close friends with the team Ellan Vannin from the Isle of Man and now they had to face them. The management of Arameans Suryoye told me before the match: We want to win this tournament, but if we have to loose a match, then we would be happy to loose against those lads who got real friends. The Aramean Suryoye management even wore Ellan Vannin pins on their suits during the match.
In the end they really lost that match, surprisingly high with 1:4 and thus had to play the bronze match against the team of the Republic of South Ossetia. In that match they rediscovered their own strenght and beat them 4:0 before starting a huge and long party together with their friends from Ellan Vannin!
The shirt itself is absolutely cracking. I love the very special design and of course the Aramean Suryoye logo. Also to me the management and some players from Aramean Suryoye became good friends in Östersund, even though I nearly killed them with my driving skills ;)
Again a big thanks to Melke: Not only for the shirt but also for a great week together in Östersund!