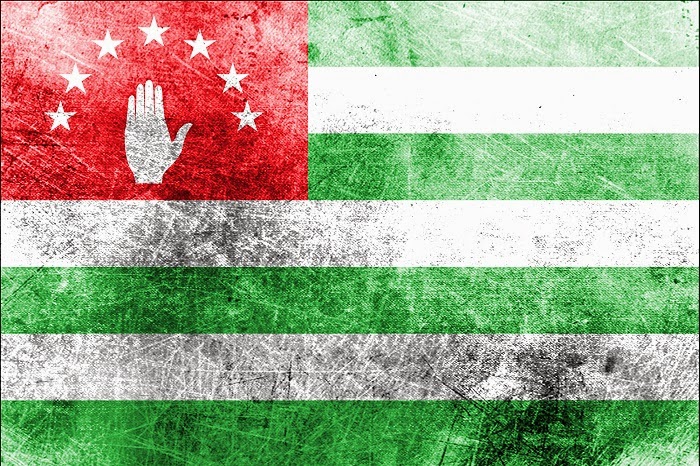 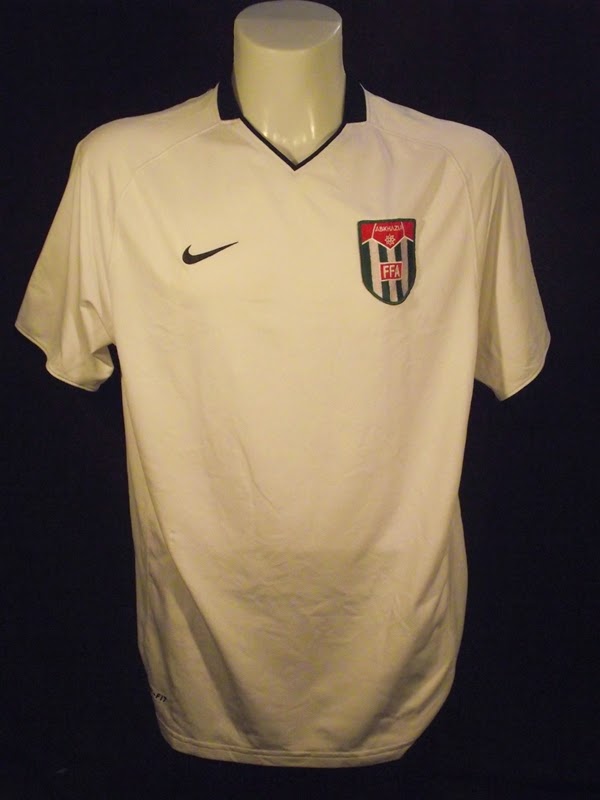 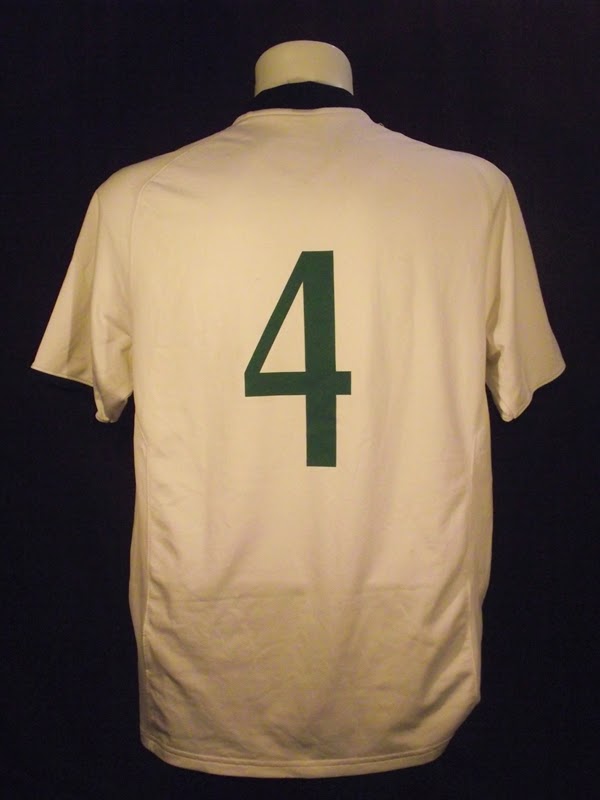 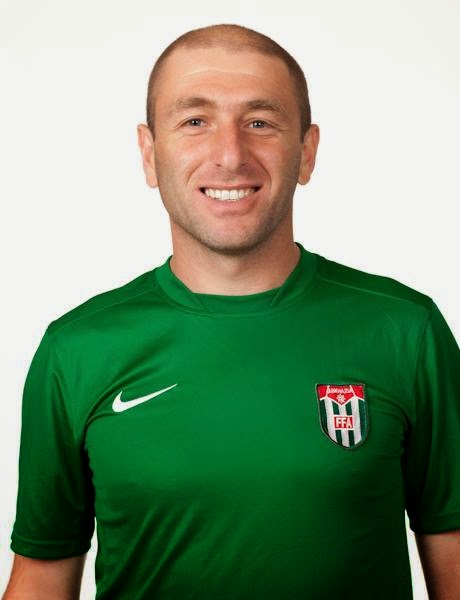 I got this shirt during the World Football Cup of ConIFA in Östersund directly from the Abkhaz team. It is matchworn during the tournament by number 4, which I think was Almashan Dzeniia, pictured above in the away shirt.
Abkhazia was a little bit unlucky during the tournament by finishing 8th in the end, despite they only lost one match: A 0:1 against Occitania in the placement match for place 7/8. Before that they topped their group after drawing 1:1 to Occitania and winning against the host Sapmi 2:1. In the quarter they lost the "derby" against South Ossetia only in penalty kick-offs after a technical high-level 0:0 draw. In the placement match semi-finals they again draw, against favorite Padania, after a superb comeback 3:3.
In the end they can be considered as one of the positive surprises that played on a very admirable level and was captained by an amazing Ruslan Adzhinzhal, who was also picked as the MVP of the team.
The shirt itself is pretty simple, but still historic being the first shirt they wore during any tournament. The white and green colours do have a special meaning in the Abkhaz flag and on their shirt: They symbolize the Islam (green) and Christianity (white) that live equally together (thus the stripes on the flag have the same length and same number of stripes). What a brilliant and rare symbol of peace!