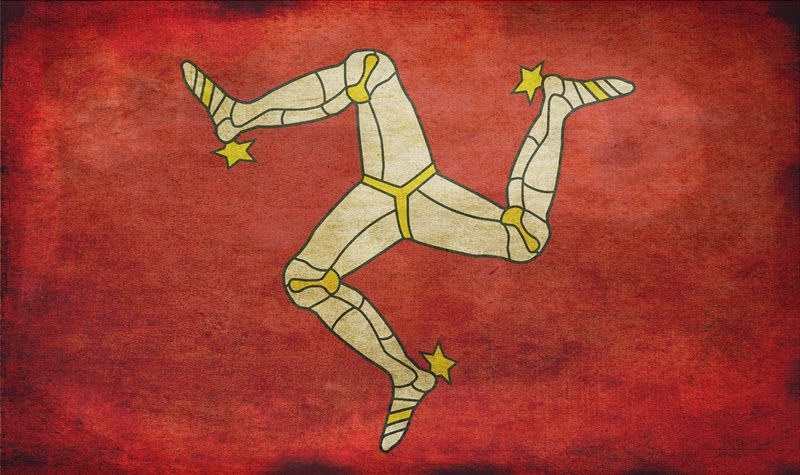 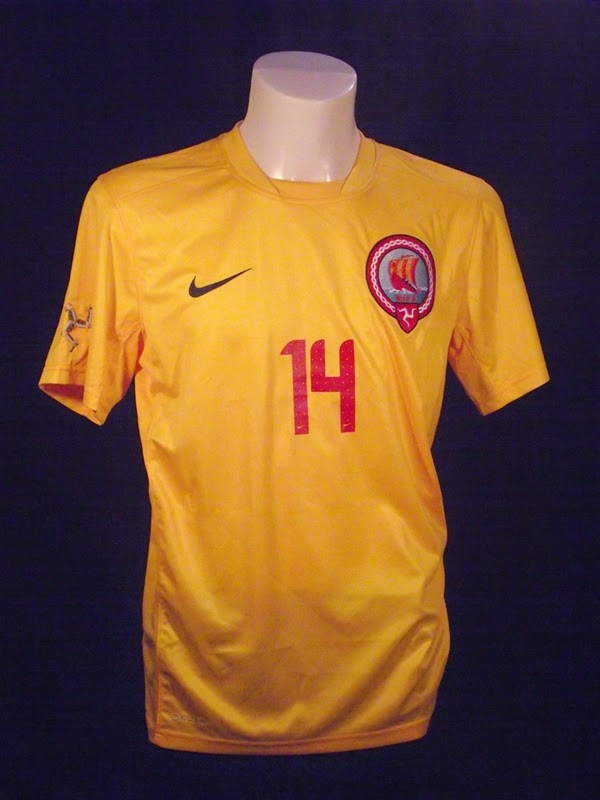 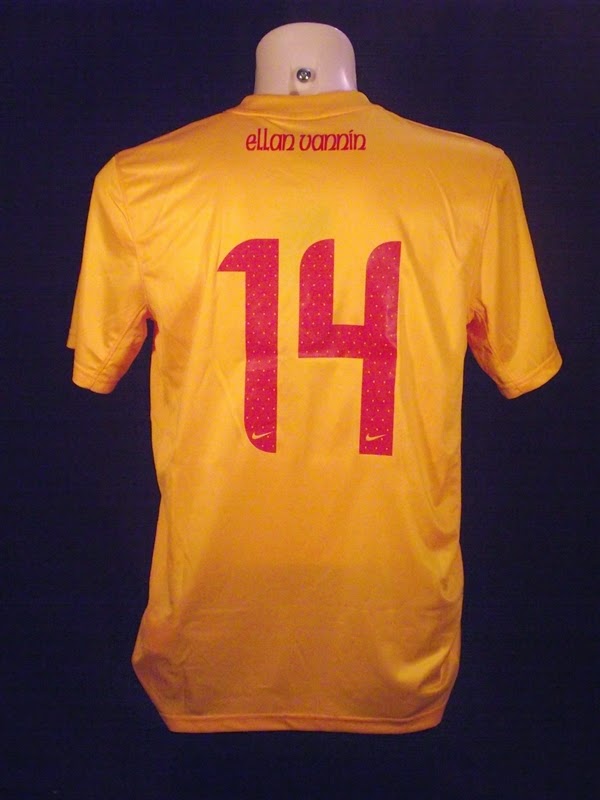 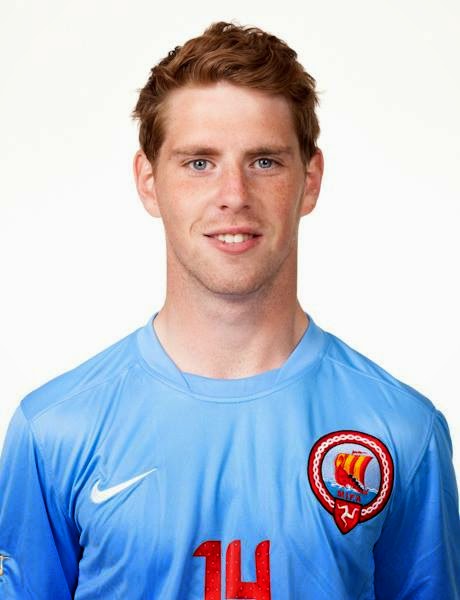 This wonderful Ellan Vannin (Manx Gaelic for "Isle of Man) shirt was a gift of the Manx International Football Alliance president Malcolm Blackburn to me. He presented it to me emotionally on the stage at the closing ceremony of the World Football Cup in Östersund.
The shirt was worn during the tournament by Jack McVey, the number 14 of team Ellan Vannin.
Ellan Vannin, which represents the Isle of Man, made its debut just 2 months before the World Football Cup in a friendly match against Monaco, which they won 10:0.
Nevertheless, as most of the players come from the 5th Division of English football, Ellan Vannin was rated with odds of 1:350, which was the second worst ofthe whole World Football Cup. So, to be fair, most expected them to go out in their strong group.
The first match began as expected, too. They quickly went down 0:2 against Nagorno-Karabakh before they hit one back. Just in the last 5 minutes they were then able to turn around the match and make an historic 3:2 win against the Artsakh team. This was the crazy begin of an emotional and weird run.
Just one day later they won against County of Nice with a straight 4:2 after controlling most of the match against a team, which had quite a couple of full-pros from France.
Fueled by that success suddenly the whole Island stood behind them and the matches were livestreamed in all pubs on the Islands, even though it was the week of the Tourist Trophy (TT), one of the most followed bike races in the world.
The team really needed that supported for the quarter finals where they met the current World Champion Kurdistan. Kurdistan not only was the favorite to win the competion. Kurdisten also has a population of 25 Million people against the only 80.000 from the Isle of Man.
Somehow Ellan Vannin was able to draw 1:1 against Kurdistan after coming back from a 0:1. In the penalty shootouts they netted all their 4 penalties and went through to the never expected semis.
Their dream run continued when they beat Arameans Suryoye 4:2 and advanced to the first ConIFA World Football Cup final!
The final, against group opponent County of Nice, finished goalless and in the end it was their captain Chris Bass Jr. who missed the only penalty.
I really love that shirt a lot, mainly because the story behind it. I experienced all the passion and love for the game and the island first hand when I was in Östersund and I am very happy that they gave me this fantastic shirt.
Thanks Malc!
Eingestellt von DJLiesel um 06:32