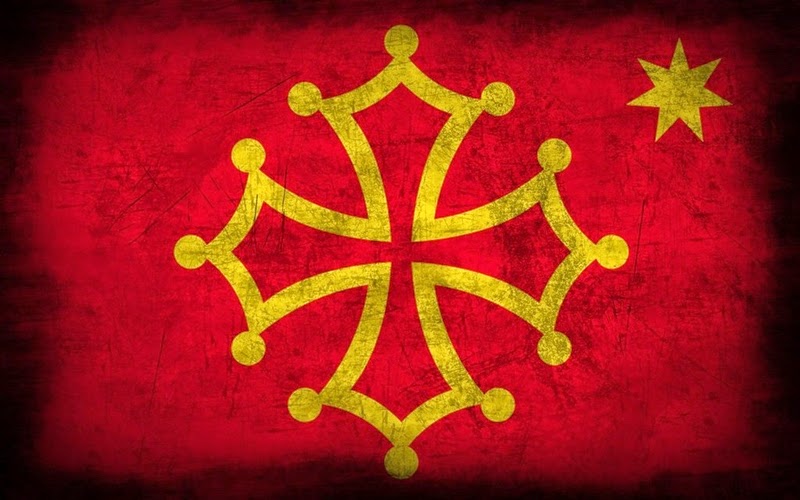 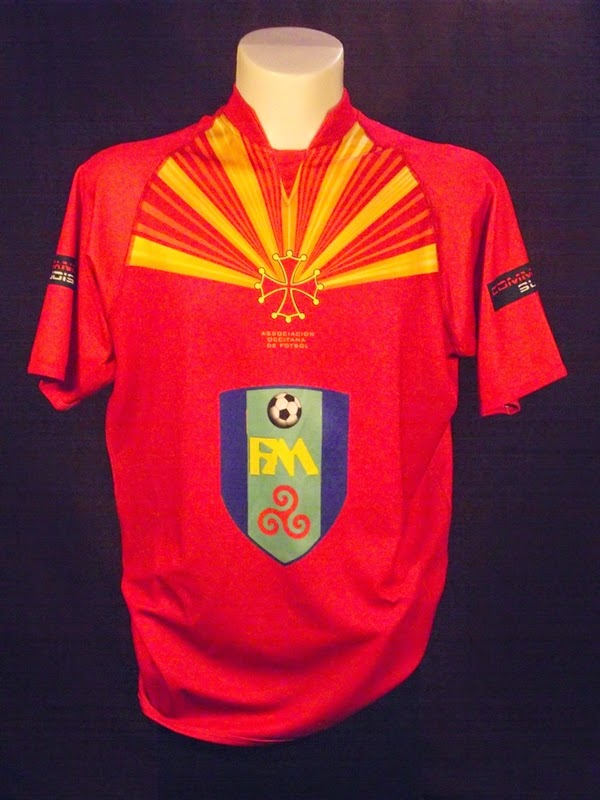 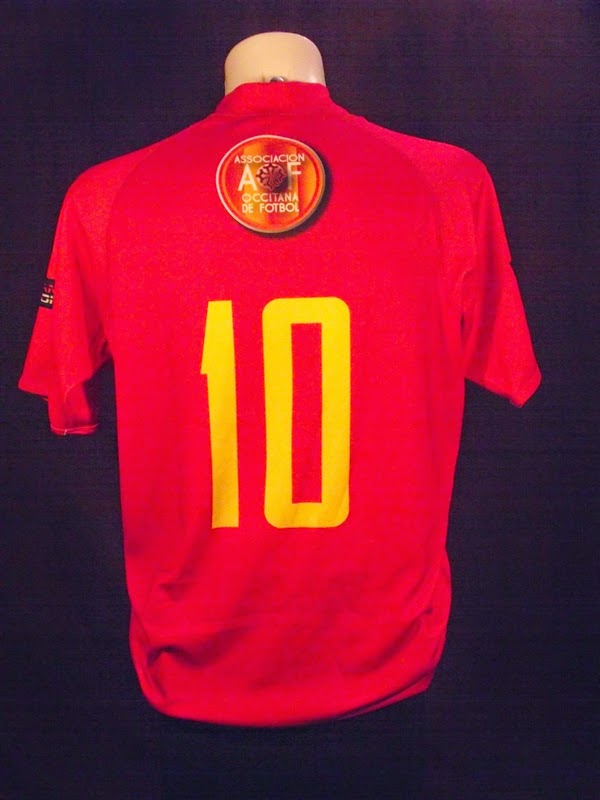 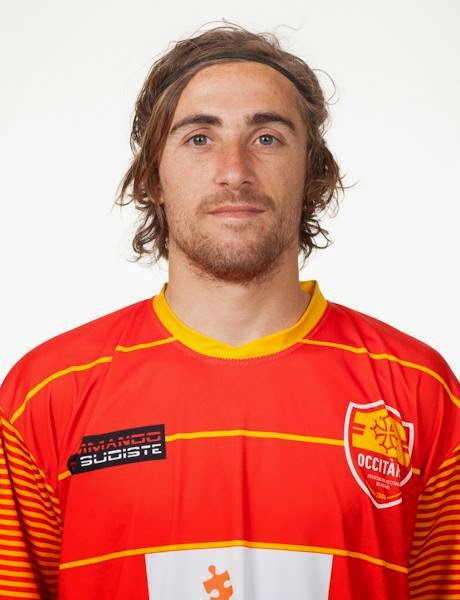 This is another shirt I got during the World Football Cup of ConIFA in Östersund, but it was not worn there but in the 2013 Tynwald Hill International Tournament on the Isle of Man, which Occitania won, captain by their captain and number 10 Boris Massare.
Coming with loads of self-confidence to the World Football Cup after winning the Tynwald Hill tournament Occitania did not loose a single match - but finished nevertheless only 7th. In the group stages they drew 1:1 to Abkhazia and won 1:0 against the host Sapmi. In the quarter final, which they reached as runners-up after Abkhazia, they drew again, 0:0, against one of the favorites: Aramean Suryoye. But they lost 7:6 in a thrilling penalty shootout then. In the placement semis they again drew, this time 2:2, against the top favorite Kurdistan, but lost on penalties again.
Finally they were able to beat Abkhazia in 90 minutes by a 1:0 victory to grab the 7th place.
The shirt itself is just brilliant and symbolizes the Occitanian flag. The sponsor applied to it is a Manx company that surely bet on the right partner in 2013 during the Tynwald Hill tournament.
Personally I am a huge fan of the very homogenous team that fights with loads of spirit and pride and is always able to upset, on paper, much better teams like Kurdistan or Aramean Suryoye in 90 minutes.
I want to especially thank Boris Massare for this shirt as I hunted him at least 2 years with the wish for a shirt and he finally made it happen. Thanks Bobo!
Eingestellt von DJLiesel um 05:07