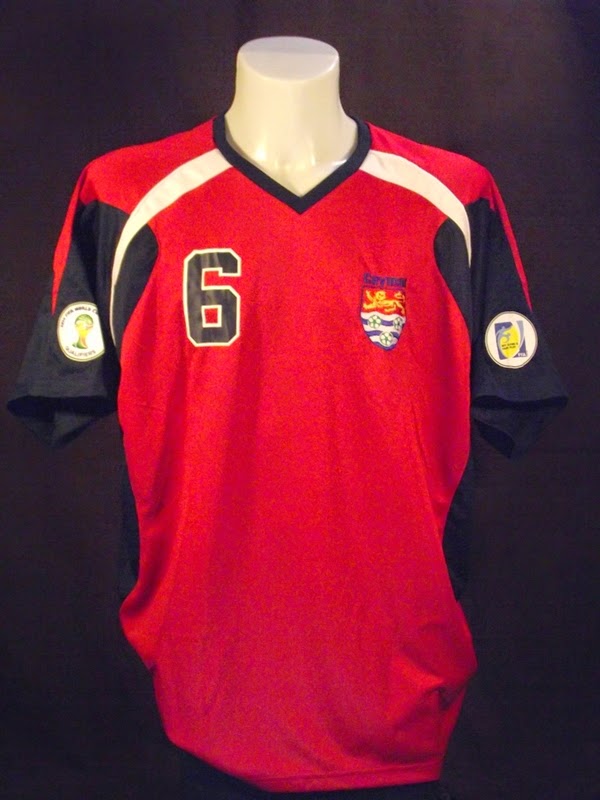 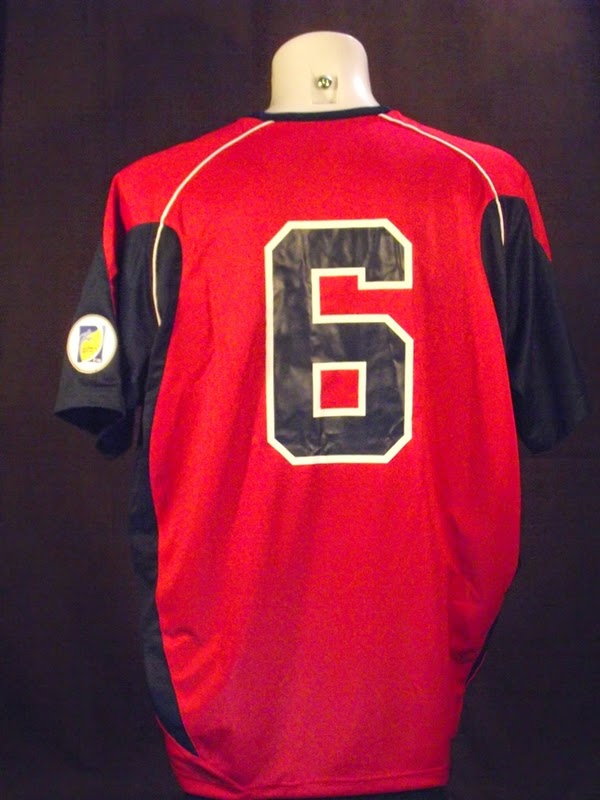 For this amazing, probably matchworn shirt, I have to thank again Nick Warrick. But this time it has to be a special thank. He did not send it to me in a blank envelope from Peterborough to Cologne. NO! He invited me to his wedding with his wonderful (now) wife Nina.
I did not really have to think a second wheater I attend it or not. I just booked 2 tickets for me and my girlfriend Sabrina straight away and we flew over to Stansted and travel on to Stamford, where Nick chose to marry. We arrived on the Friday evening before the wedding on Saturday and what do you think a real shirt freak like Nick does ? He came over to Stamford for a few drinks in a pub with us and some friends of him... and to hand me over football shirts. On the night before his wedding this crazy maniac had football shirt in his mind!
Of course I was amazingly happy to meet him this evening, attend the wedding and get some amazing shirts! Those will always remind me of Nicks most special day. Thank you mate!

About the shirt:
The Cayman Islands are not really known to be an Carribean powerhouse in football. But they try and try and try and keep trying to qualify for a World Cup. Once again they tried to get South Africa in 2010 and started their campaign away from home in the Bermudas. They surprisingly drew in the 85' minute against them and had all in their hands for the return match - which they lost 1-4 then.
So this shirt was only used for this single match, especially with those qualifier patches, where they drew. The above pic shows that match.
The shirt itself is not that spectacular. But the logo of the away is absolutely amazing!
Last but not least (most of my followers know I am the general secretary of ConIFA, which was founded as CIFA) FIFA send me a letter of warning because we were called CIFA and that violates the copyright of the global strong brand of the Cayman Islands FA (funny remark: Cook Islands use the same abbreviation - so do they violate each others brand ? ;) )
Eingestellt von DJLiesel um 13:54