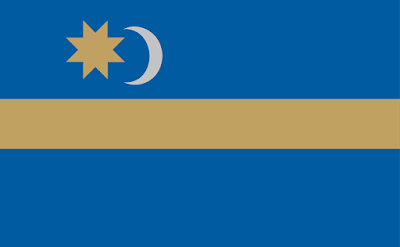 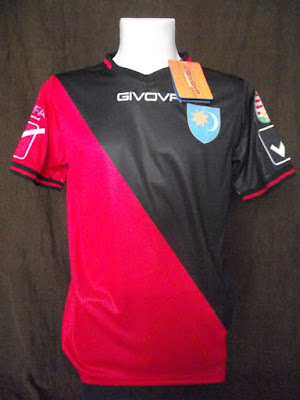 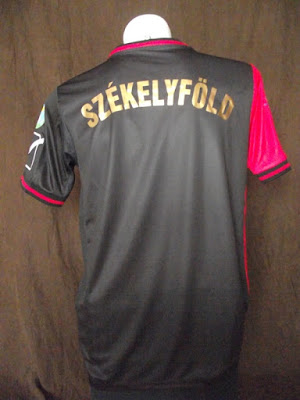 One more shirt I got at the European Football Cup 2017 in Northern Cyprus, staged by CONIFA. This shirt came from the biggest surprise team of the tournament: Szekely Land.
The Szeklers started the tournament "as usual" - they lost against Felvidek, a team that often seems to be the worse of the two, but somehow manages to always win that derby of the Hungarian minorities.
That loss meant that the Szeklers needed to get points from matches vs. Padania and Ellan Vannin, who were seen as favorites by many. However, they managed to get through the group stage and gave the host Northern Cyprus a great challenge in the semis, before beating the current World Champion Abkhazia in the Bronze medal match.
The biggest star of the team was, by far, Barna Bajko, who lifted the best goalscorer trophy of the whole tournament with his 5 goals in 5 matches. Congratulations!
Thanks go out to Kristof Wenczel, the founder and manager of the Szekely Land FA, who brought the whole team to a completely new level compared to earlier displays in major tournament. If they continue like that, I am sure we will see them competing for more silverware soon.
Eingestellt von DJLiesel um 15:00