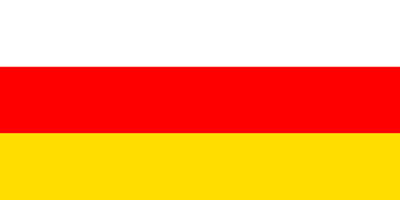 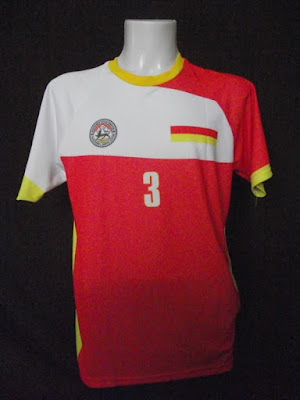 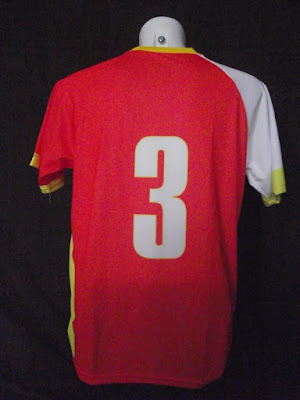 This might only be a shirt of a country that isn't recognised by most countries in the world, but to me it is a very special unbranded horribly-quality polyester piece! When the football organization CONIFA, which I co-founded in 2013, had its initial World Football Cup in Sweden 2014 I got shirts of 11 of the 12 participating teams - but missed the shirt of the 4th ranked South Ossetians. Now, 3 years later, I finally got it from my good friend Sergey Zassejev, the sports, culture and youth minister of South Ossetia, whom I happened to meet 4 times by now. Sergey must be one of the nicest people on earth and I cannot await to finally visit him on his South Ossetian vineyard later this year!
The shirt itself is sporting a colourful and beautiful design in the Ossetian colours and is made by a local, North Ossetia based, company, but completely unbranded.
South Ossetia actually is not South Ossetia anymore, but decided in a recent referendum to re-brand the country into "South Ossetia-Alania" to refer to their Alan routes, a Caucasian tribe inhabiting the regions for centuries.

Again all my thanks to Sergey, spaßiba!
Eingestellt von DJLiesel um 14:35