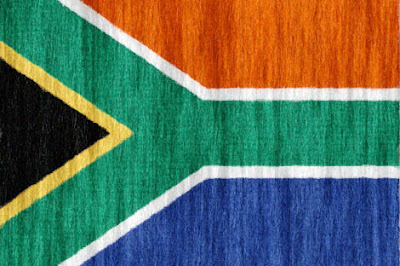 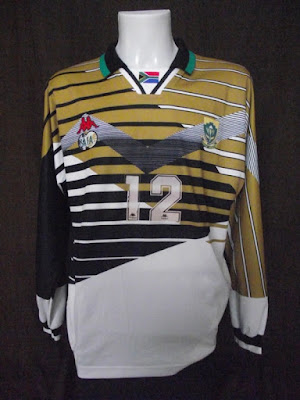 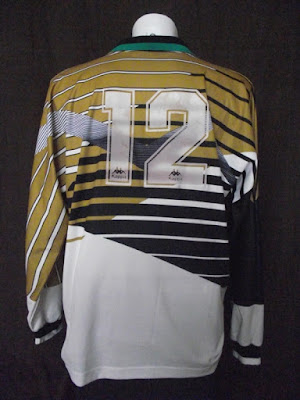 My last South Africa shirt from the 2010 World Cup in their home country is a very special one to me, as it was one of the kickstarters of this insane collection. However, if we are all honest, this one pulverizes my Tshabalala shirt when it comes to style or significance.
The first time South Africa ever qualifier for a World Cup at all was in 1998, where they got hammered (3:0) by the host and later World Champion France and drew against Saudi Arabia and Denmark. The legendary shirt they wore in that World Cup was slightly different to the one I got, though, so mine has to be from the qualifiers.
Unfortunately, it is impossible to find out which player wore this very shirt, as the team changed their numbers every time. However, given that the shirt came from a scout in the German second division, it is likely that it was brought to Germany by Delron Buckley, who played in Bochum at the time.
Eingestellt von DJLiesel um 14:26