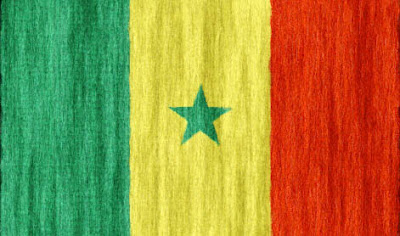 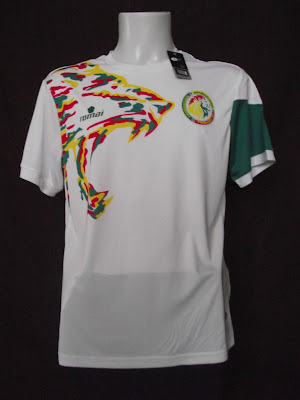 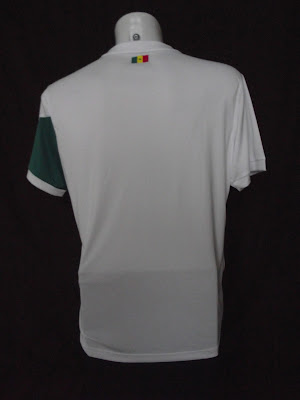 Whenever an African Cup of Nations kicks off, Senegal is quickly thrown in as one of the favorites to lift the trophy. Whenever an African Cup of Nations is commencing, Senegal is quickly named as the biggest underperformer of the tournament. I am not sure, if it is the 0 trophies in the wardrobe or the impressive quarter-final performance of a World Cup now only 15 years ago, that makes them the bookmakers favorite whenever Africas best national teams meet, but they certainly are.
As everyone else, I love their 2002 surprise against France and the style of football they played, but come on, that was 15, in words FIFTEEN, years ago! Do you remember those days when Marco Bode played a World Cup for Germany? Me neither! That was the same year.

The last AFCON, Senegal finally had a superb shirt, though. This one, made by Romai, is probably one of the best shirts an African country ever sported, to be fair. I really owe Nick one for sorting this beauty out - thanks!

Just to complete the story: Senegal won vs. Tunisia (2:0), which was a great and impressive start. Sadio Mane, their top player, surely showed that he wants to lift a trophy! They continued by beating Zimbabwe (again 2:0), which was largely expected and finally drew with Algeria (2:2), who where among the other favorites. Thus, they made it through the group stages and faced Cameroon in the quarters, a huge minnow with rarely any top players. But, of course, this is Senegal! So, as nearly always, they were kicked out when it started to count, by penalties.
But I am sure that they will be the top favorites in 2019!
Eingestellt von DJLiesel um 10:17