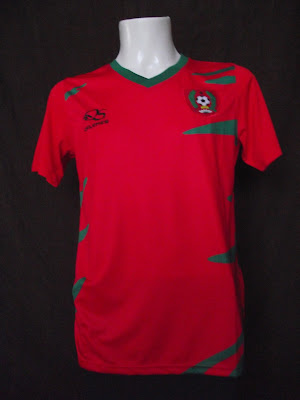 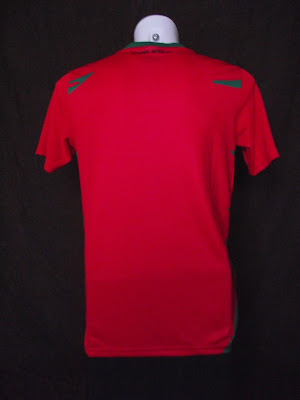 Guinea-Bissau, the Djurtus, finally made it to a major football tournament this year and of course there was no way that I do not celebrate this by getting their first-ever AFCON-shirt! I cheered frenetically for Djurtus in all of their group matches, but unfortunately the stoppage time equalizer vs. the host Gabon remained the only success for the team.

Guinea-Bissau was surely the ultimate minnow in the latest AFCON, but they did not qualify by luck. Their team consists, similar to Equatorial Guinea, of number of "scouted players" with some distinct Bissau family connections. One example is Frédéric Mendy, who was born in French, is a French citizens and only learned Portuguese when he happened to play in the Portuguese for 2 full seasons. I must note here, that Portugal seemed to be his second-most-logical country to migrate to and play in, just after Singapore, where he played prior. However, in Portugal some Bissau-scouts must have seen him and explored some Bissau-relation - and called him up for the national team straight away. He started with a blast, scoring in his first ever national team fixture, which remains his only national team goal to date. He is now playing in South Korea for the second season, but regularly travels back to Guinea-Bissau to play for "his fatherland", a land he only saw when he won his first cap.
Eingestellt von DJLiesel um 08:20