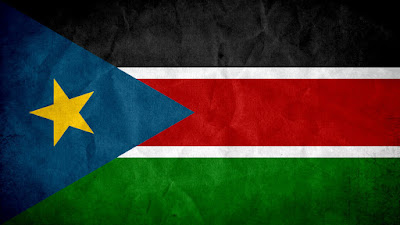 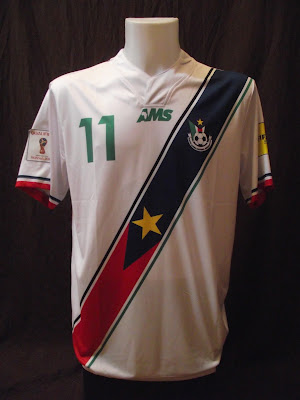 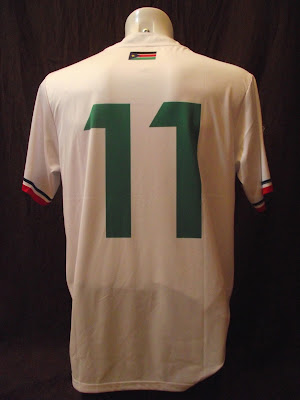 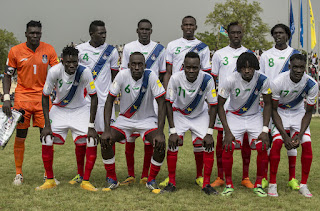 Here it is, my second Russia2018 matchworn shirt! And what a shirt! It is the one of the youngest nation in the world and the only one that initially tries to qualify for a World Cup in its history.
The qualifier campaign of South Sudan wasn't too long with only a two-leg duel with Mauritania, which they lost abroad in Nouakchott after drawing at home in Juba. The goal that gave South Sudan the equaliser at home was scored by Dominic Pretino, who wore exactly this shirt during the match in Juba.
From Juba the shirt was returned to the company that initially produced it - AMS Clothin in Australia. From Australia it came straight to Germany to my friend Andreas, who again sold it to me.
I am still not too much of a fan of the light fabric and the sublimated logos on that older AMS shirt (the newer ones are of higher quality!), but of course the story and provenance of the shirt make it a true highlight of my collection!
All my thanks go to Andreas and Luke for this one!
Eingestellt von DJLiesel um 12:46