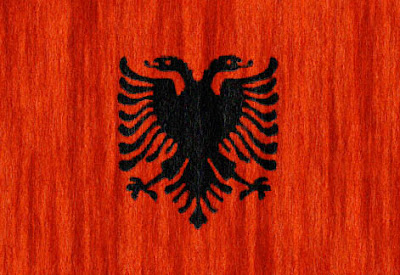 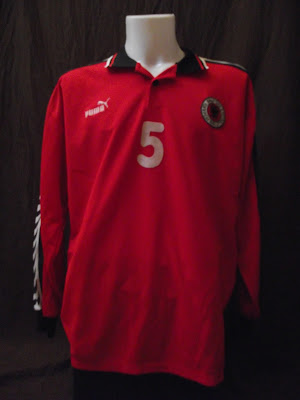 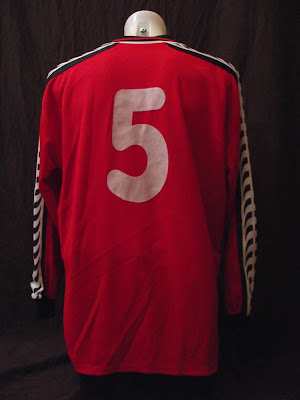 This shirt is again matchworn, like my second Albanian shirt, and comes from a player who used to play next to my own home: Clirim Bashi! Mr Bashi did not exactly have a perfect career and mainly played in lower (and lowest) League clubs in Germany, but he made it to Allemania Aachen at least, the all time top performer of the Second Division.
During his spell with Alemannia he got part of the national team and played 3 international matches, including the remarkable 3:4 loss vs. reigning European Champion Germany.
However, that did not impress Clirim too much as it seems, as he later paid fees regularly to avoid playing with Albania and staying with Allemannia instead.
All my thanks for that beauty go to "Bischoffinger", an ebay seller who collected shirts on his own for 20 years and now sold them off on ebay. I chatted a lot with him and he must be the nicest seller on ebay I ever came across. He was more concerned of a buyer who could value the beauty of his shirts than the cash and thus we agreed on a good price for a larger bundle, making this amazing Albania shirt not more expensive than 50€, including the shipping!
Eingestellt von DJLiesel um 13:15