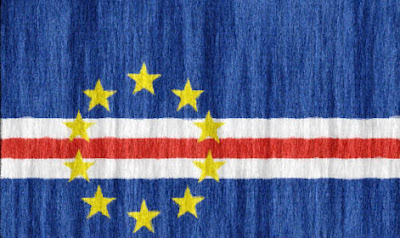 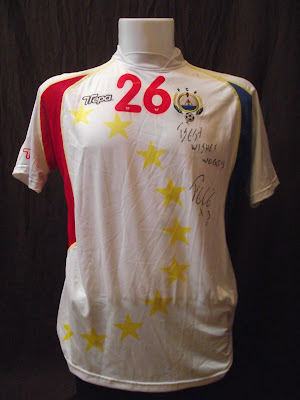 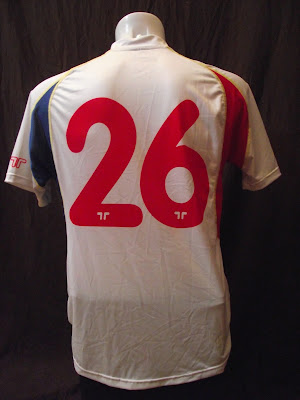 "Cape Verde 2" doesn't quite describe the awesomeness of this shirt. "Matchworn Cape Verde" would neither. Instead, "Pele matchworn shirt" does! Yip, this shirt was actually worn by the football player Pele in an international football match!
However, it is not the million dollar shirt I got here. Because it is not "that" Pele, but Pedro Miguel Cardoso Monteiro, commonly known as Pele, who spend most of his career in the UK. He played for all the grands in the UK: Falkirk, MK Dons, WBA, Southampton, Hednesford Town, Northwich Victoria and so on. He is still earning his money with football at an age of 38 years now, playing for AFC Totton, an English 8th Division club. During this outstanding football career he made 11 appearences for the Tubaroes Azul, the Cape Verde national team, as well, after rejecting several call ups earlier in his career. In one of those matches he then wore this amazing shirt and gave it to "Woggy", as it seems. I have no idea who that is, but he had no love for Pele matchworn shirts and passed it on to an English collector, who then sold it on to me.
I am more than happy to give this amazing shirt a durable home and will not pass it on - promised!
Eingestellt von DJLiesel um 11:34