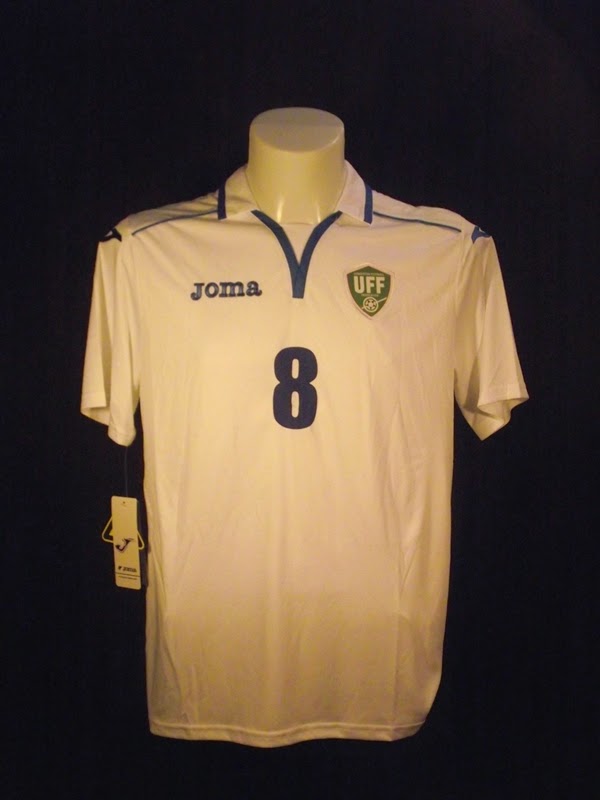 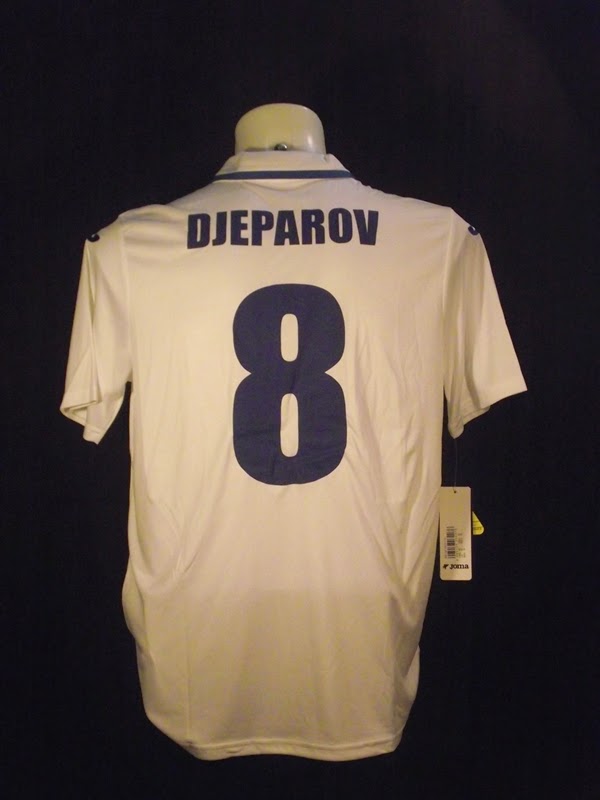 Somehow I was able to forget to add this shirt to the blog. Don't ask me why, because I absolutely am in love with it.
I got that shirt quite a while ago from the official Joma shop in Tashkent, which has an own Facebook page selling the shirts. The seller was really friendly and helped me to sort out a bulk order for this Uzbekistan shirt. Even though it was not cheap with 65€ I was more than happy to get at all hold of that beauty.
Even better he decided to give me a free name and number print on 2 shirts (Joe got the other one), because I ordered 10 shirts all together.
Of course I ordered the print of Server Djeparov who is not only the best Uzbek player, probably of all times, but also one of the best Asian players of his time. In fact he even got the trophy as best Asian player in 2008 and in 2011 and is thus something like the Messi or Ronaldo of Asia.
However, he never los Asia and even just missed a trial with Chelsea, because he prioritized the league matches with his Uzbek team Bunyodkor at that time. My full respect for that.
Being 32 years old today he probably played his last Asian Cup in January 2015, but who knows... he just signed with Ulsan Hyundai in South Korea and scored in each of his 2 matches for them, so he does not seem to get much worse in age.
Again thanks to Damir of Joma Uzbekistan for the friendly contact and the amazing shirt!
I will always stick to Uzbekistan when it comes to Asian Cups and hope that they will soon make it to a World Cup finally.
Eingestellt von DJLiesel um 11:30