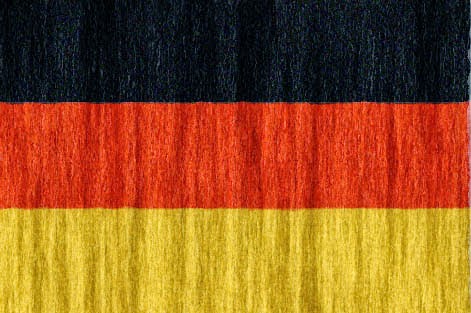 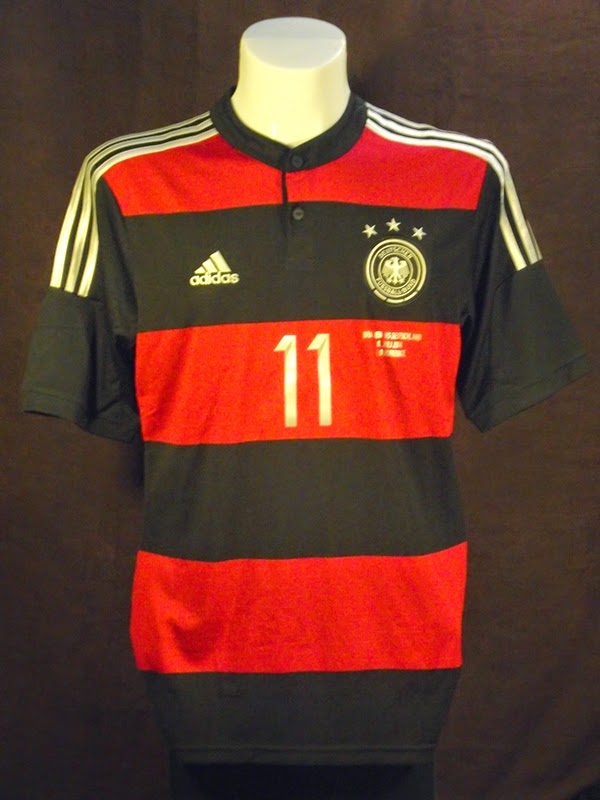 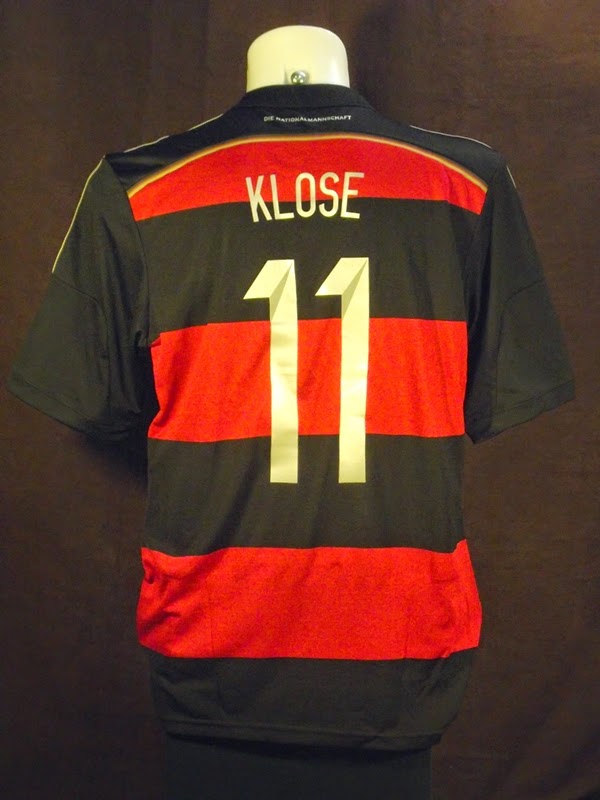 I definitely do have a new favorite shirt - and that means a lot if you consider that I own not less than 250 shirts!

The first reason this is my new favorite shirt is that stands for the greatest moment in football history I did follow live. The shirt was made to come as close to the original as possible - including match details. Patches will follow and be ironed on later. The semi final in the 2014 World Cup in Brazil was historic for many reasons. Not only did Germany hammer Brazil 7:1 and advance to the first final since 2002 (Miroslav Kloses first World Cup!), but Miroslav Klose also scored his 16th World Cup goal, which finally made him the all-time single record-holder outscoring Ronaldo, the real one, who scored his last goals in the 2002 final.
As the 1998 World Cup was absolutely horrible for Germany all my positve memories and moments with my national team are linked with Klinsmann 1996 and of course Miroslav Klose, who shot Germany to 5 consecutive World Cup semi finals.

The second reason this is my new favorite shirt is that she did it again! After Sabrina, my beloved fiance, gifted me my first Germany shirt some years ago and thus somehow starting my collection, she now gave me this shirt as a birthday present. There is no chance that anyone ever got any better birthday gift - or a more understanding and supporting fiance.
As I am forcing Sabrina all the time to make pictures of my shirts, help me sorting or folding them or just picking up shirts in all the different parcel shops around for me, I would understand if she freaks out one day. Instead she does not only accept that I am using loads of my time for "shirt stuff", but even supports my collection by giving me another shirt. Further she did listen to all my unfulfilled dreams of having a shirt as close as possible to the original semi-final shirt of Klose and did not get carried away and buy one of those 4-star Germany shirts popping up everywhere.
To put it simple: There are good reasons I will marry this woman! Thanks Sabrina, I love the you and the shirt (in that order!) a lot!
Eingestellt von DJLiesel um 13:46