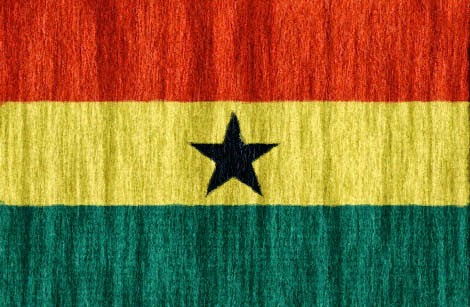 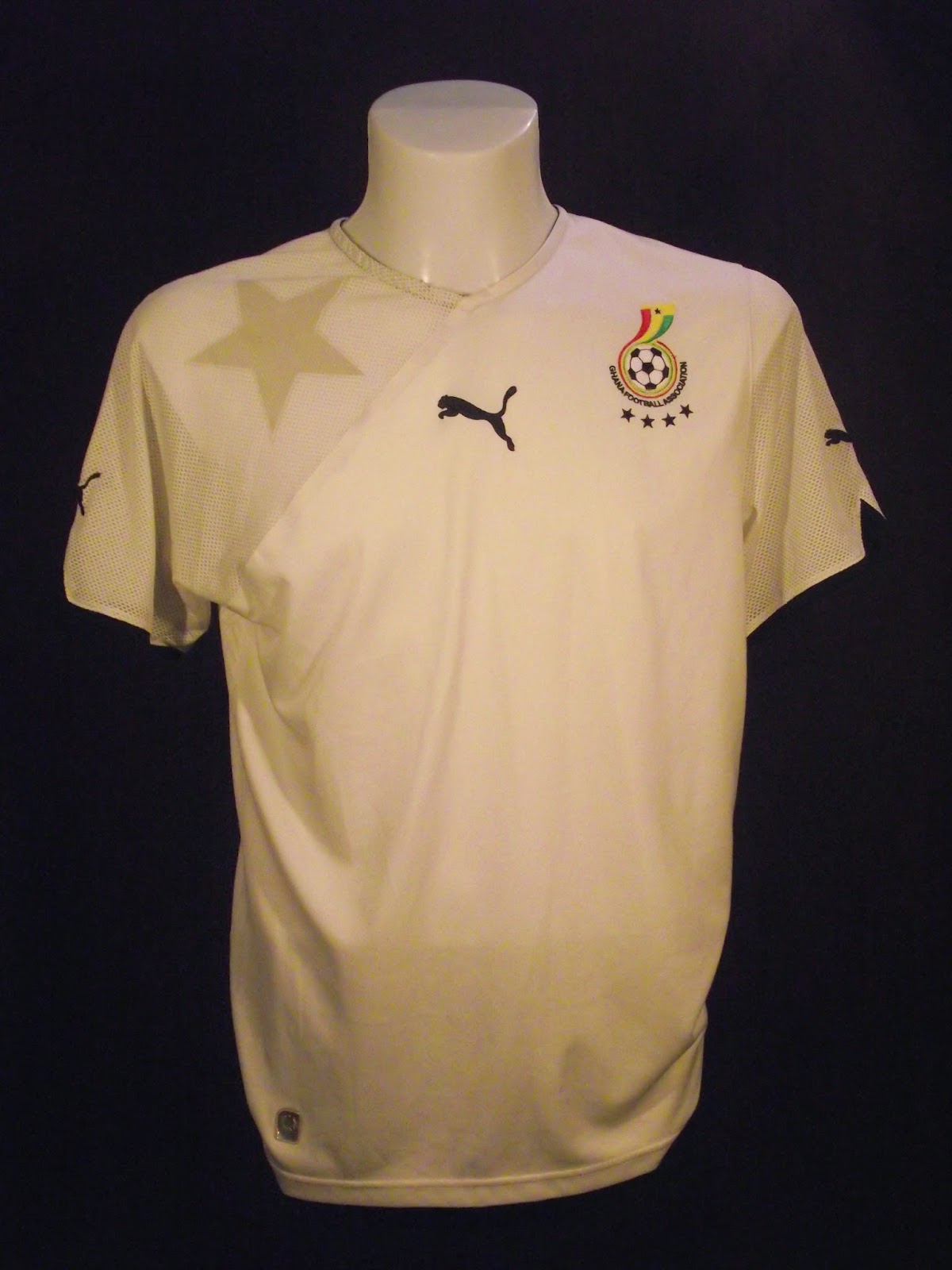 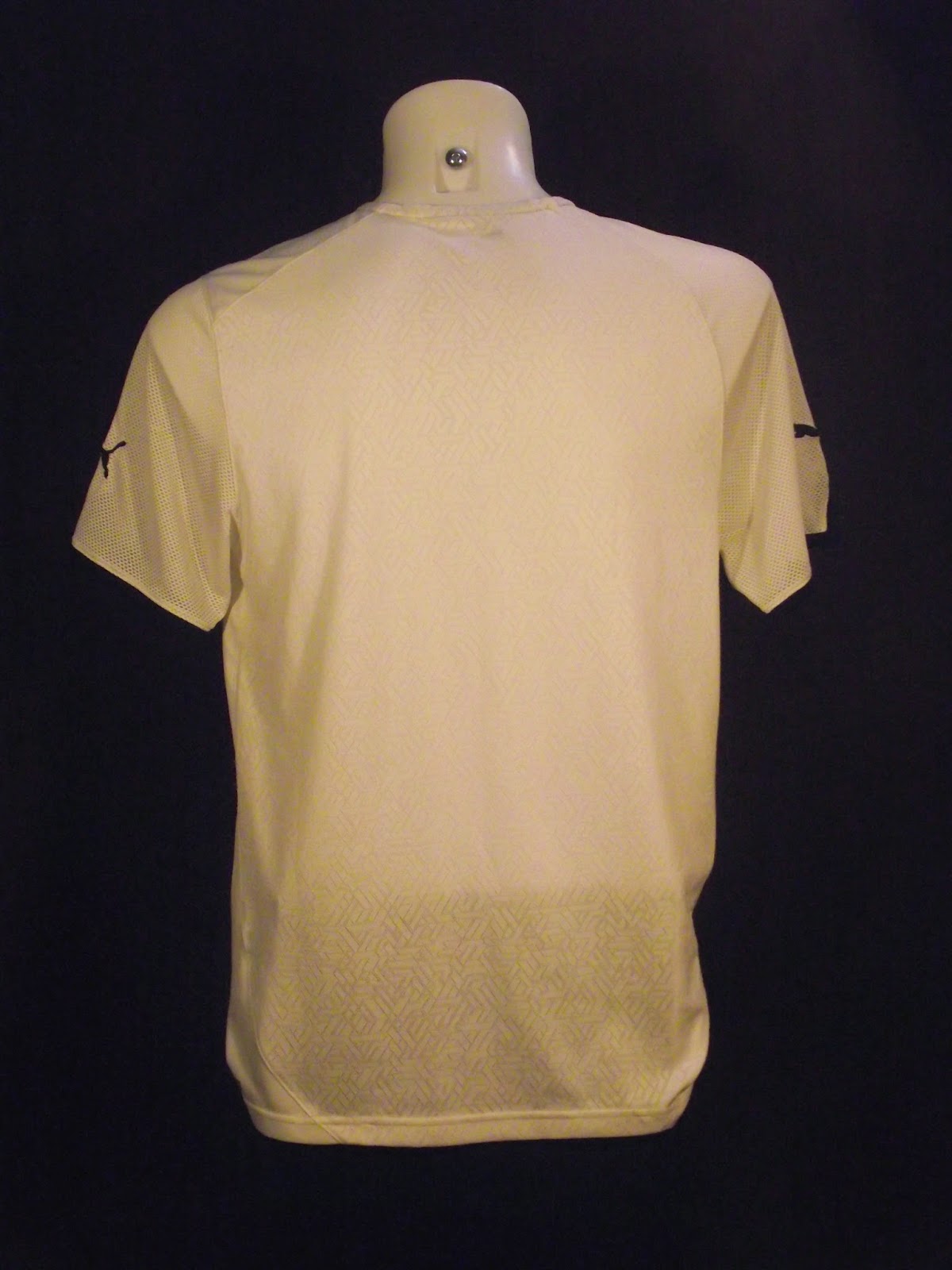 This finally is a shirt of one of my favorite teams overall, the Black Stars of Ghana. Unlucky as they are they need to play against Germany in group stage whenever they make it to the World Cup. But they got runners-up in 2010 and then even made it to the Quarter Finals.
Unfortunately they then got robbed a goal by Luis Suarez, which stole them the first African Semi Final display in history. As their Semi Final opponent would have been the Netherlands it seems certain they would have make it to the Final then (who except for Uruguay minus Suarez would ever loose against the Netherlands ;) ).
The shirt is quite nice, too. It is the typical 2010 Puma design with the "look-through" shoulder and their symbol (the black star) on that part.
Hopefully we will see them in the next WC final in Brazil against their group stage opponent Germany this time!

I nearly forgot: All thanks go to Gregorio again!