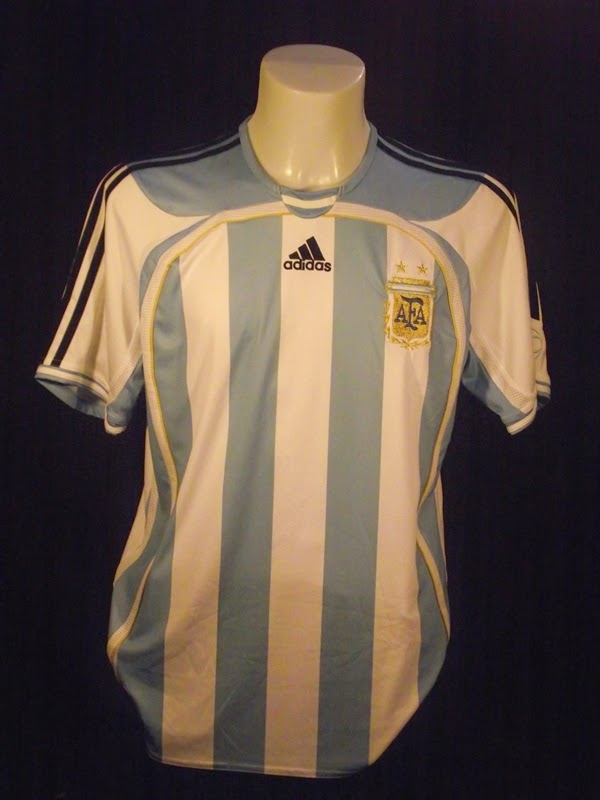 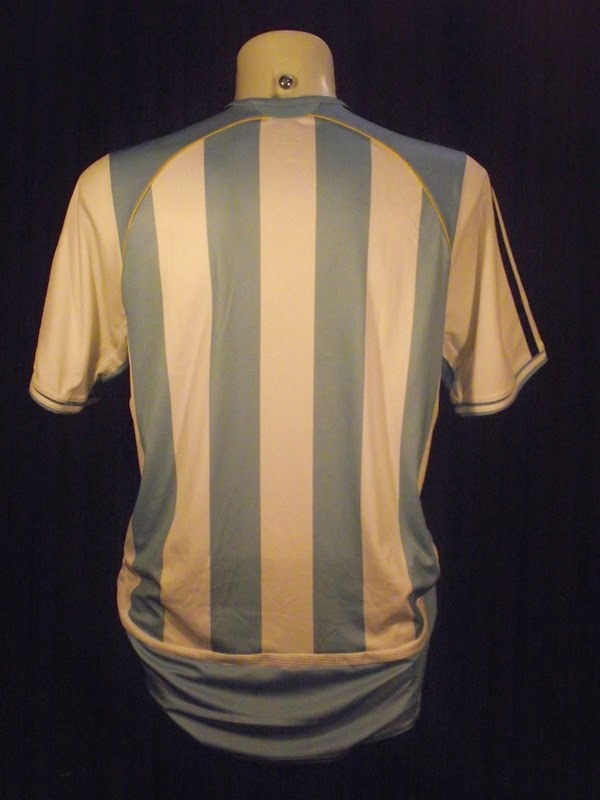 This shirt also came for the mission "make the world a greener place" from Gregorio. So thanks again!
The design is the same boring design that Argentina wears since 2000 B.C.. Well, boring or classic! I guess any other design would cause a huge riot inside Argentina.

Nevertheless this 2006 shirt is something special for every German. In the 2006 World Cup the whole German media was sure that we are chanceless to get far and that Argentina is the huge favorite to win the title. In the end we not even beat them by penalties (because of the amazing "analysis paper" of Oliver Kahn), but Lukas Podolski was chosen to be the best young player of the tournament just beating Messi and Cristiano Ronaldo.
Definetely the whole country's spirit changed when we beat Argentina and everybody felt what is possible. Unfortunately, and the only time I ever cried in public during football, not the best team won the trophy... There was some other, blue shirted, team that just was better in diving, simulating, crying and protesting...