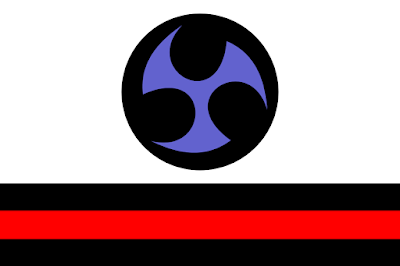 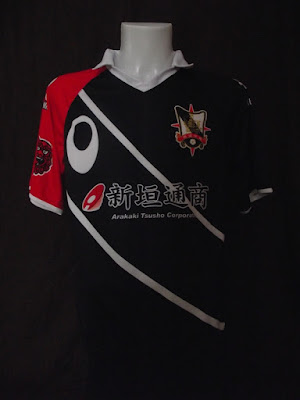 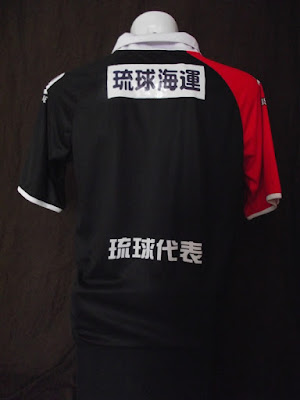 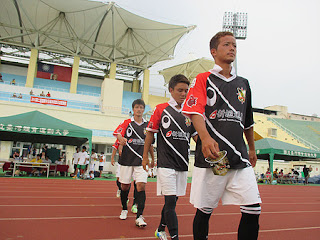 Another overwhelmingly black non-FIFA, but one I got in person from the president of the FA. He handed it over to me in the middle of our both living places, in Abkhazia! A meeting between a German and a Japanese in Abkhazia does not sound very logical to you? Well, I am the general secretary of CONIFA, the biggest non-FIFA governing body and Mr Miyagi, the president of Ryukyu FA, is managing one of the members of CONIFA. Other than that, Abkhazia hosted (and won) the World Football Cup this year in Sukhum and Gagra.
Ryukyu did not play in the tournament itself, but Mr Miyagi came with the delegation of another Japan based team - a united Koreans in Japan national team - to see how CONIFA and it's tournament are like.
As a guest present he brought me this absolutely cracking shirtof his Okinawa based national team, which already was active in pre-CONIFA times, for example playing an indigenous Taiwanese team in their homeland.
Eingestellt von DJLiesel um 12:50