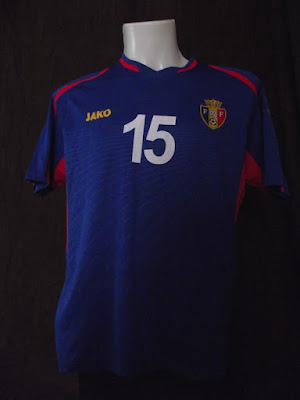 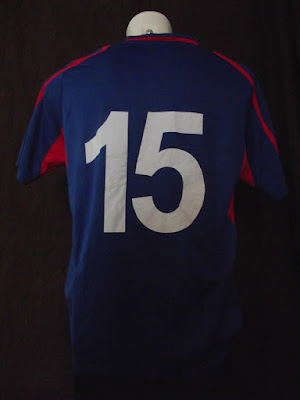 Even though there is no technical different between this shirt and my second Moldova shirt (except this one is the away version, while the other the home version, obviously), but other than my second Moldova shirt, this one is matchworn. It was worn in a friendly in Croatia, just before the Euros 2016 in France, which Croatia won 1:0 unsurprisingly.
What makes this shirt most interesting to me is surely that it was worn by Andrian Cascaval, a player I personally met tipsy on the streets of Tiraspol during the summer break of the Moldovan league in 2015. It was quite funny as I was out drinking with the manager and CEO of Dinamo-Auto and he kind of lectured his player jokingly, before telling him to enjoy the night now the season is over.
So, you see, the world is small. a year later this shirt was offered to me by a friend having contacts in the Croatian FA and when I researched the player I just recognized him as the "tipsy guy in Tiraspol" ;)