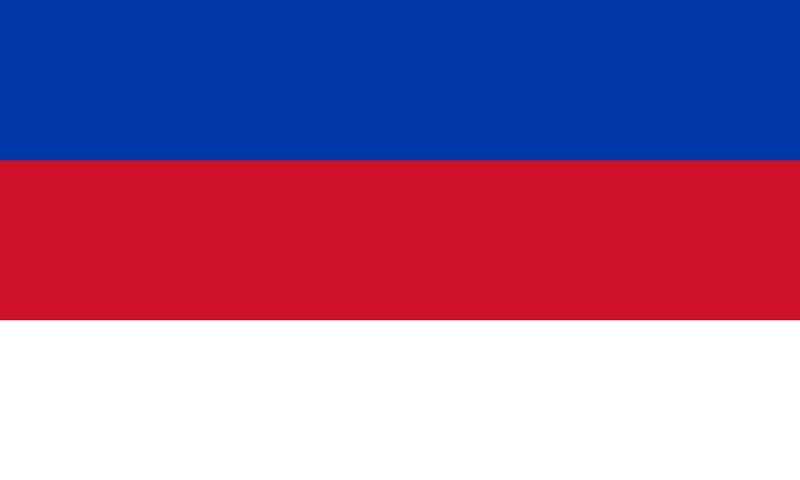 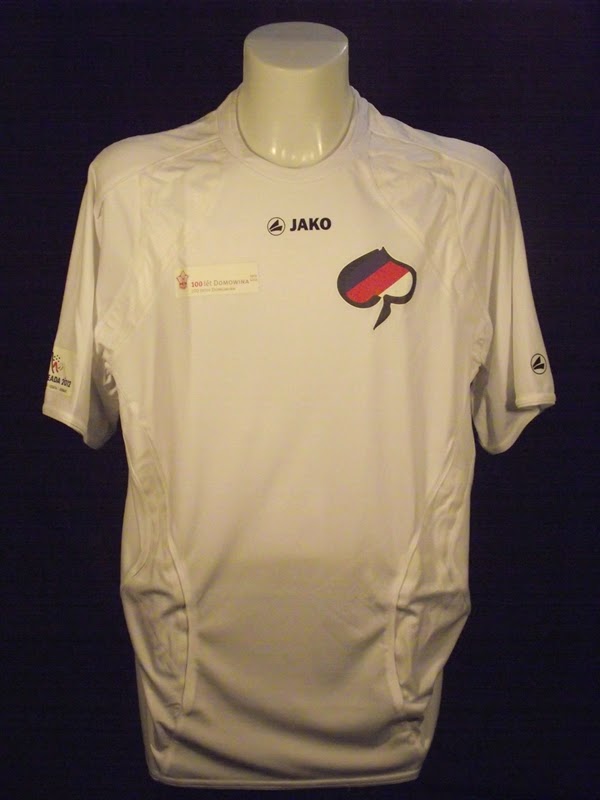 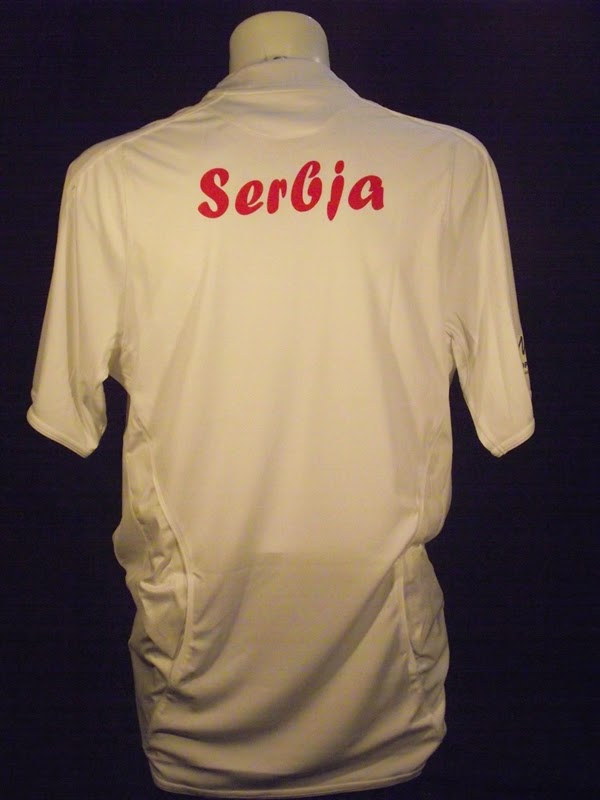 This is an official match issued shirt of the Sorbia national team. The shirt was made for the Europeada 2012 which was hosted and won by the Sorbia team.

Sorbia is NOT the same as Serbia ! Sorbia is a cultural minority in the very East of Germany. There are about 60,000 Sorbs in Germany and they came and settled in the Eastern parts of Brandenburg and Saxony during the migration period between 400 and 800 AD. They are still living in those areas and have a strong cultural identity. This includes their own flag, national anthem and language (Srbja is the Sorbian word for Sorbia btw.). With Stanislaw Tillich Saxony is even ruled by a Sorb.
The capital of the Sorbian area (Bautzen) does have a bilingual town sign, which you can see in the picture below.
Well, thats enough of history for today. I am just happy to have this shirt sorted out now as the Sorbia team decided to do some more international friendlies in the future. This way they will be an important part of the non-FIFA world out there. The shirt was bought from the official fan shop of the Sorbia team, which do have an online shop (http://www.goalgetter-sportswear.de/).
They "just" offer a cheap version of this shirt, though. If you are interested in this shirt (which was produced for the player) you could try your luck contacting the shop on your own (or ask me ;) )