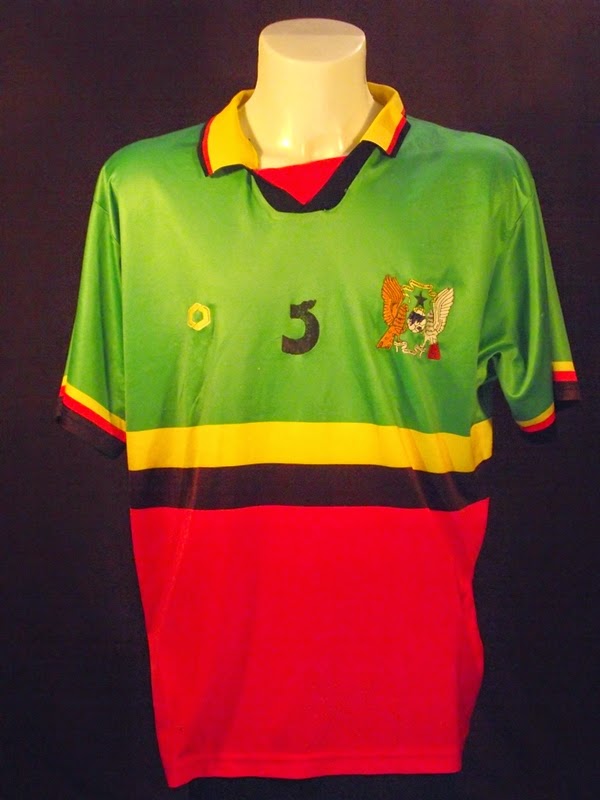 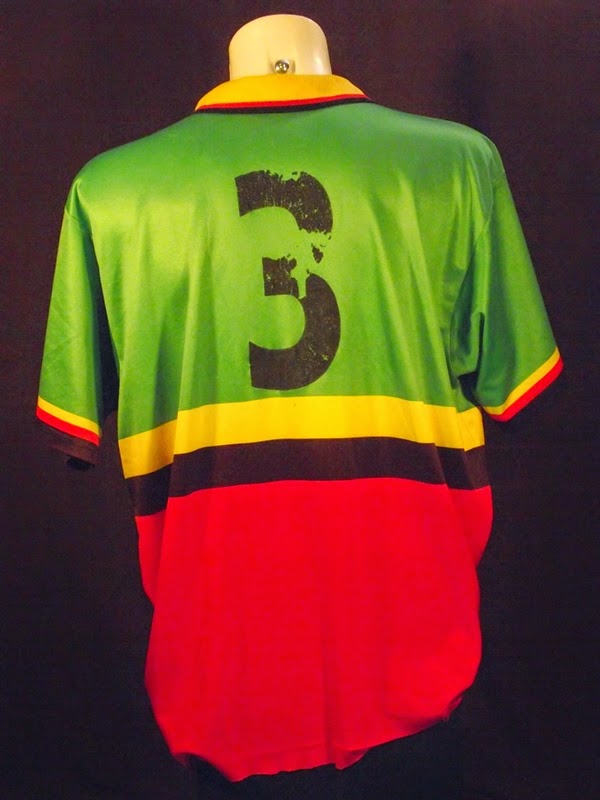 I am one of the happiest national team collectors on this planet today ! I just received a parcel from Sao Tome and Principe today ! It came from a good friends of the Sao Tome FA president and he just got some shirts for me. First we tried if he is trustable ordering one shirt for my good friend Nick who was willing to take the risk for this one. Well, he turned out to be absolutely trustful and sent a shirt to Nick (the same as the one above). Afterwards my friend Eric offered me to pay me a Sao Tome and Prinicpe if I get one for him. Well, so I ordered 2 more shirts from my contact and here they are ! For now I have no idea which one I'll keep and which of those will go to Eric in Canada. So I just decided to post pictures of both shirts.
The above shirt (the one with #3) is pretty old and probably from the 2006 Lusophony Games in Macau. We failed to find a picture proof yet, though.
The second shirt (below, number 15) is the current shirt of the team. A picture of the ceremony where the FA got them handed by Afribraz can be seen at the end of this post.
Both shirts are in poor condition and heavily used, but hey, they are matchworn. I do not really care about that.