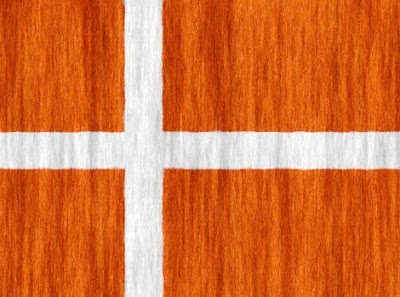 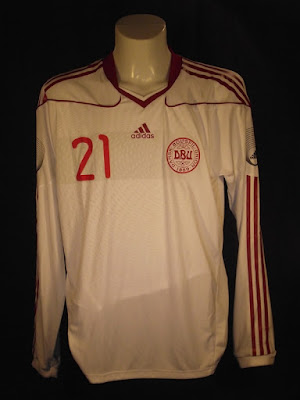 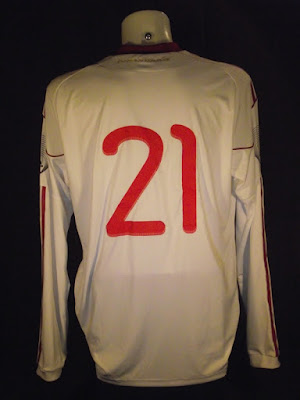 This shirt and its owner were chasing me for ages. My mate Martin Fett had this nice match issued (or worn) Denmark and offered it to me as it fits in my collection and I only had a keeper shirt until then. However, I was short on money and had to decline. He went down with the price a couple of times and even brought it with him when we met in person in a local bar. However, I had to decline again to be able to pay my bill there (which can cost the same sometimes ;) ).
In the end he won and I just gave in and bought it - for a good reason!
The shirt itself is amazing and as Martin mentioned correctly, I was missing a proper field player shirt of Denmark. This one is really quite a nice one, especially at is one of my few longsleeve shirts.
On the negative side it was "only" worn in a friendly and thus has only a "Jabulani" patch, that is used in friendlies only.
Thanks Martin for this great shirt again, always a pleasure with you!