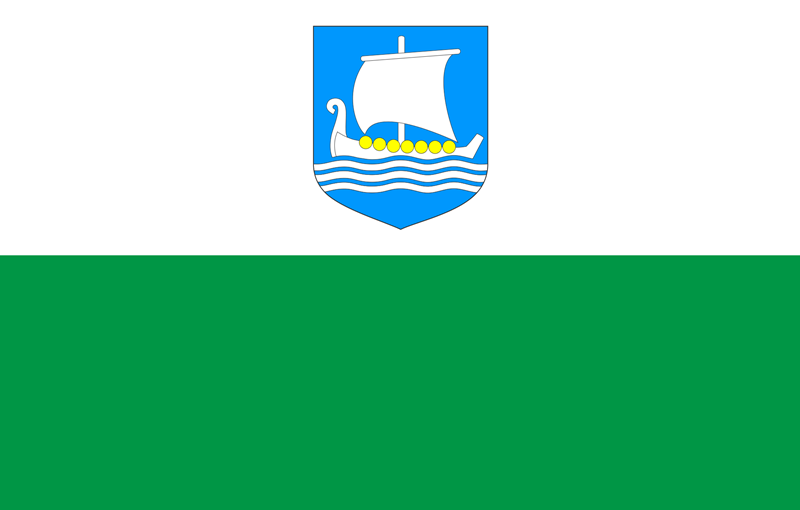 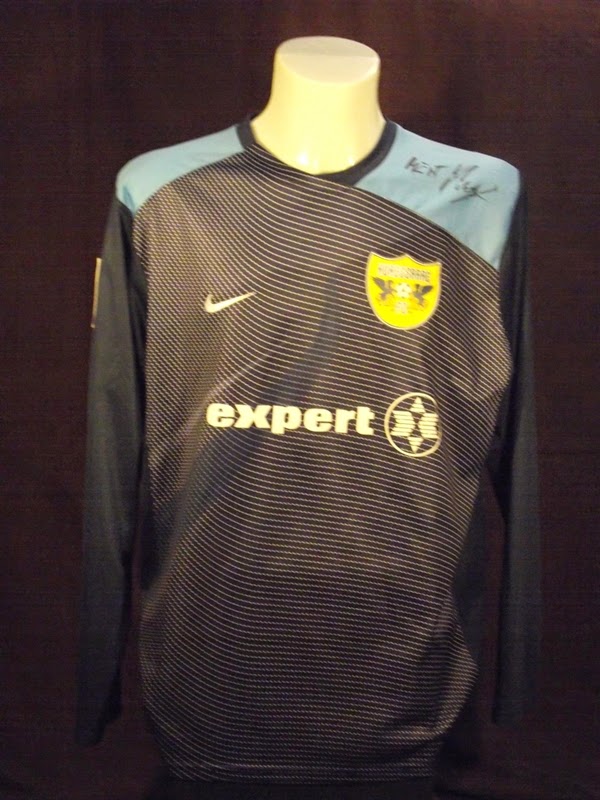 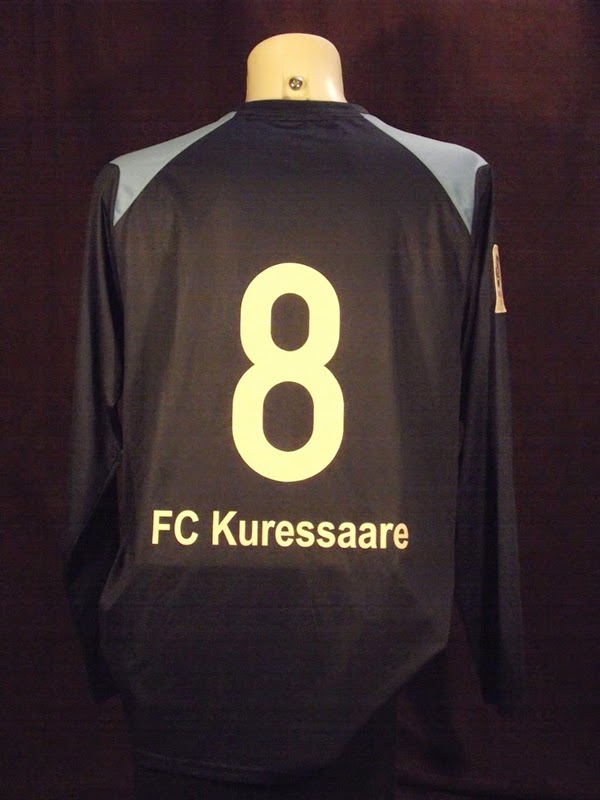 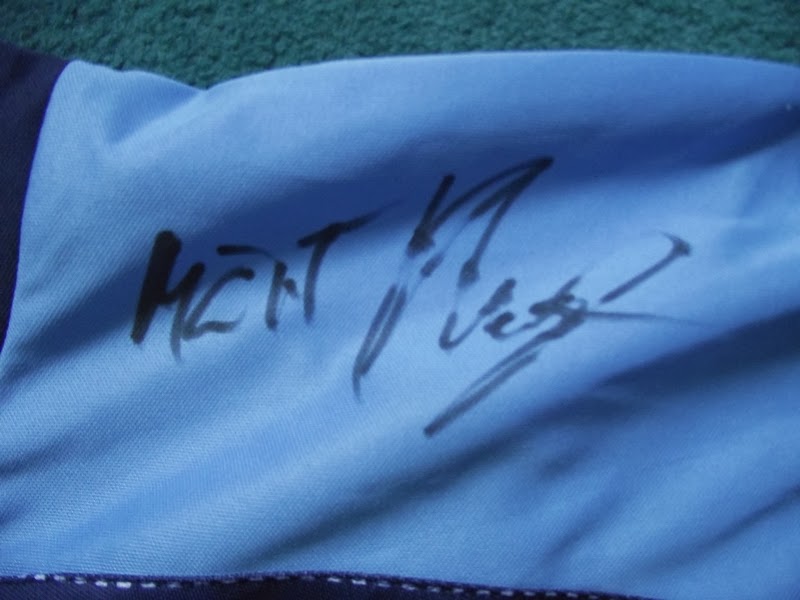 Never heard of Saaremaa ? Shame on you! Saaremaa is an Estonian island with the main city and capital Kuressaare, which team FC Kuressaare plays in the first Estonian League, the Meistri Liga.
Besides that Saaremaa has a national team which regularly plays in the Island Games. More precisely they played in all 6 Island Games between 1999 and 2009, finishing 6th in 2005.
Besides they regularly play friendly matches against the team of Hiiumaa, another Estonian island. Just recently they even played on a ferry between those islands!
Saaremaa traditionally is the better of the islands, but unfortunately both do not have "real" national team shirts. Instead Saaremaa wears the shirts of FC Kuressaare as you can see in the picture above.
My shirt was sent to me from Martti Pukk, who played for Hiiumaa and Saaremaa national teams before and was signed by the FC Kuressaare player and Saaremaa captain Märt Kluge.
I am pretty happy to have another very unknown non-FIFA shirt, which makes my collection in non-FIFA even bigger.