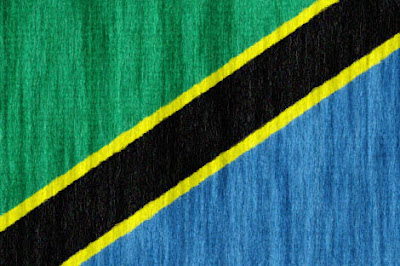 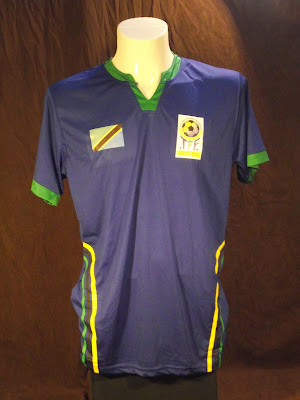 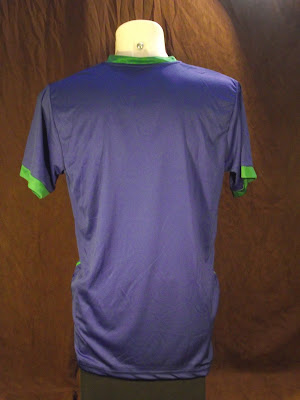 I GOT A LEGIT TANZANIA SHIRT!!!
If you ever spent some hours browsing ebay for rare national team shirts you might now wonder why it took so long and why it is a "no name shirt" and not one of the many Adidas or "Skies" shirts around.
The answer is simple: All the shirts you constantly see on ebay are fakes. None of those shirts have ever been worn by the Taifa Stars and some clever businessman are just making money by simply buying a blue Adidas template and heatpressing a Tanzanian flag (or FA logo) on it. Even worse, "Skies" never equipped any team in the world and is a pure "knockoff" or, more friendly said, "supporters wear" company.
To avoid knock-offs, but also to make some extra money selling shirts and being able to sell them for a price locals can afford, the Tanzanian FA is now using custom-made "no name" shirts.
If you ask me, this is a totally legit and very desirable fact if it leads to shirt-suited fans in the stadium and cheap local retail prices and/or better availability.

However, one problem remains for the interested collector. The Tanzanian FA does not yet have a running webshop selling globally. Over the last year I have written numberless emails to the Tanzanian FA of which most probably just landed in the "spam filter box". So I thought I will start something new, which couldn't be older. I just printed out my friendly letter, asking for assistance to get an official shirt, and sent it straight to Tanzania by "snail mail".
A few weeks later I got an email from Dar Es Salaam, where my mail was given to the right person. The merchandising director got in touch with me digitally and after some days of chatting on WhatsApp he agreed to send me a free shirt for my collection as a gift of TFF.
This, to me, is absolutely amazing as I think I am one of a very few collectors that now got a Tanzania shirt, which is not a knock-off of some kind. I got the real deal and I got it straight from the amazing guys of the Tanzanian FA!
After 4 weeks waiting for my parcel I hold this "no name"-beauty in my hand now! Thank you TFF! Thank you Taifa Stars!
Eingestellt von DJLiesel um 13:46