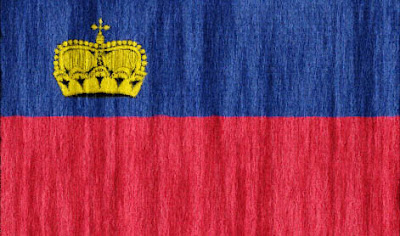 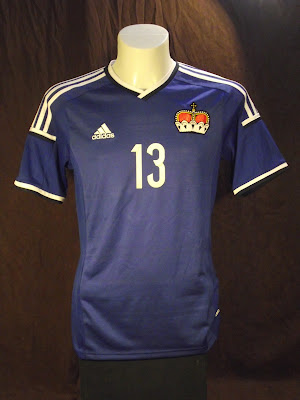 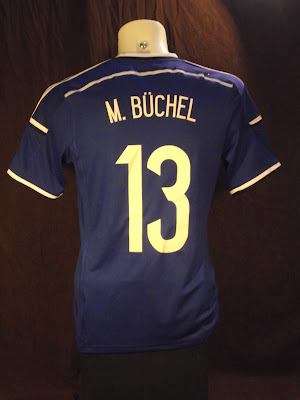 First of all a huge Thank you goes out to my Croatian mate Josip for this cracking matchworn shirt! I am not overly enthusiastic about Liechtenstein, which has damn boring shirts, but still ask the highest price of all FA shops I have seen (and I have seen a lot for obvious reasons. However, it is a pleasure to get this matchworn shirt and just "tick off" another country in my hidden "matchworn count" ;)
Besides that this shirt comes with a great story, which is even depicted in the above picture! As more match pics you look to from the more bizarre national teams, as more strange things you will come across. I saw fakes being worn in official matches, I saw numbers painted with edding, I saw keepers that wore the shirt of another nation and I have seen teams that embroider their FA logo in different places on every single shirt. However, unsurprisingly, those things mostly happen in Oceania, the Caribbean or the small African nations.
But this time Europe strikes back! While Liechtenstein is the wealthiest country in the world it seems that buying shirts is even too expensive to them (maybe because of the asking prices of their damn shop!?).
So, when they have a useless friendly against neighboring Switzerland, they just bring some shirts they could find in their garage to kick the ball around. At least it looks like that if you look to the above picture. The player on the right still has qualifier patches on the shirt (even though this is isn't a qualifier), while Martin Büchel from the German 5th Division club Oberföhring just wears a "blank shoulder" without any patches.
Looking to more pictures of the same match it seems like the distribution of "blank" and "patch" was somewhere between 40/60 and 50/50.
Of course, as a collector, I have to love it.
From a common sense point of view I have to hate it and propose the Liechtensteinian FA a simple solution: Make your shirts affordable, for everyone!