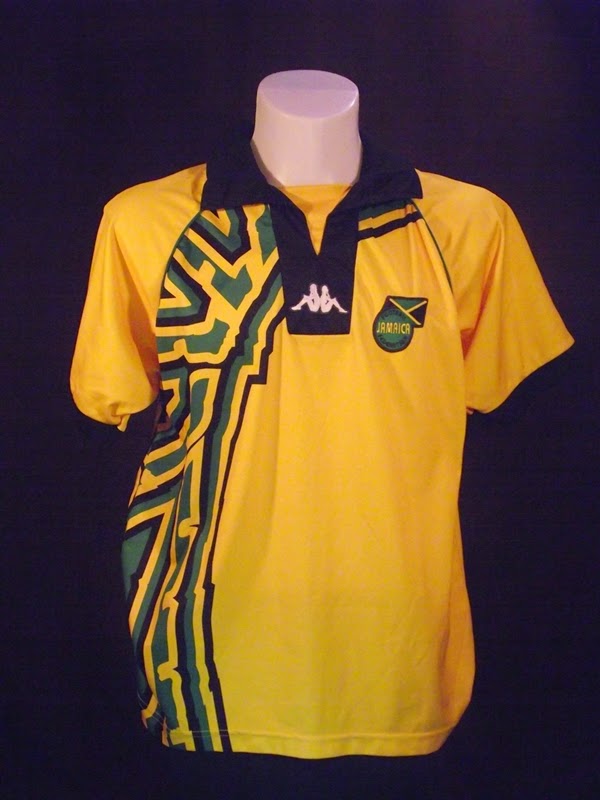 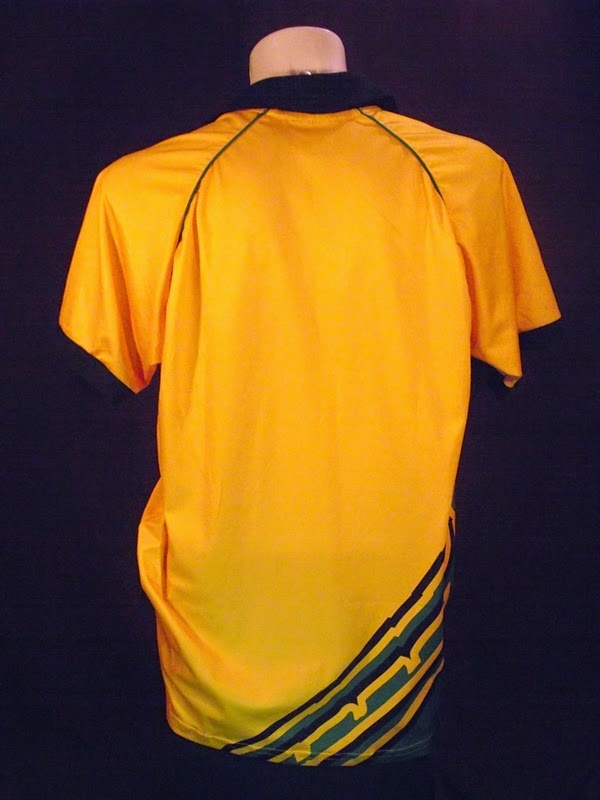 Another shirt from a German collector here! A lot of thanks for that go to Andreas, whom I met on Facebook. There some day popped up a German shirt collecting group where I also met Christian (the one that sourced Belarus for me). I do not remember who invited me to that group and most people there are focussing on bizarre club shirts, but sometimes I am able to grab a shirt there, too ;)
The shirt itself cost me 21€ including shipment which is quite a reasonable price. And it is a pretty special shirt to me: The first World Cup I fully followed was the 1998 France World Cup. After the EURO win of Germany in 1996 I had quite huge expectations, which have not been met unfortunately. Anyways, besides the disappointment of Germanys performance I realized that a World Cup, in opposite to most EUROs, gives some "exotic" footballing minors the chance to play on the huge stage.
Obviously I loved that and got a HUGE Jamaica fan. Probably that is the reason why I am still sure that Usain did never dope...
Well, the shirt I got now is exactly the desing my favorites during that tournament wore. An outstanding design from Kappa!
In addition to a great design they seemed to have a great picture choreographer. Just look at the picture above. What did their choreographer tell them: "Guys in front, look relax and cool, guys in the back: Look dangerous." ? It must have been something like that!
Eingestellt von DJLiesel um 07:30