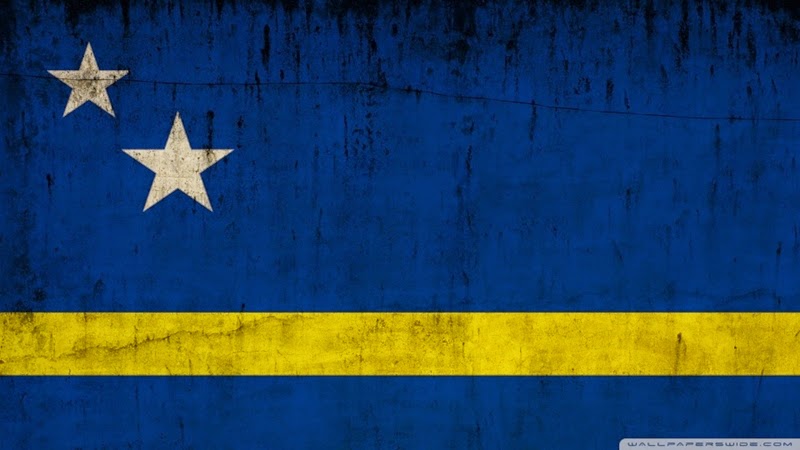 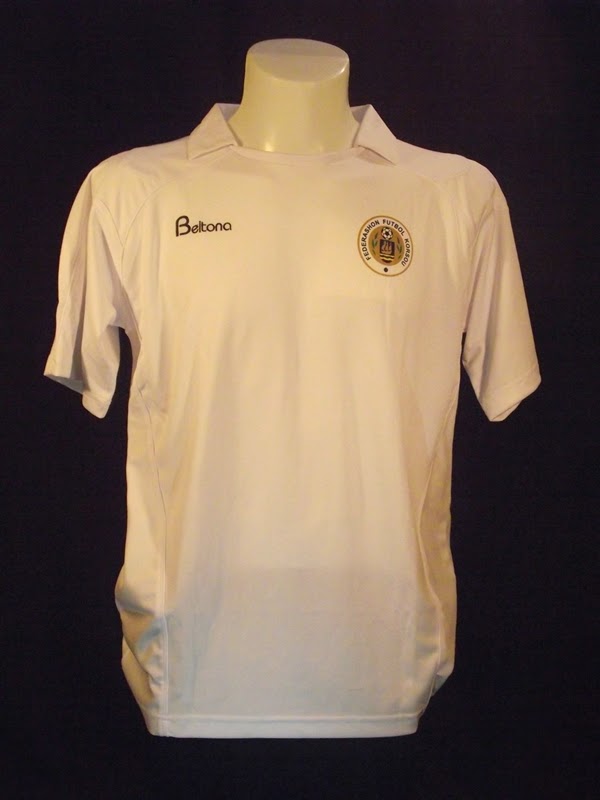 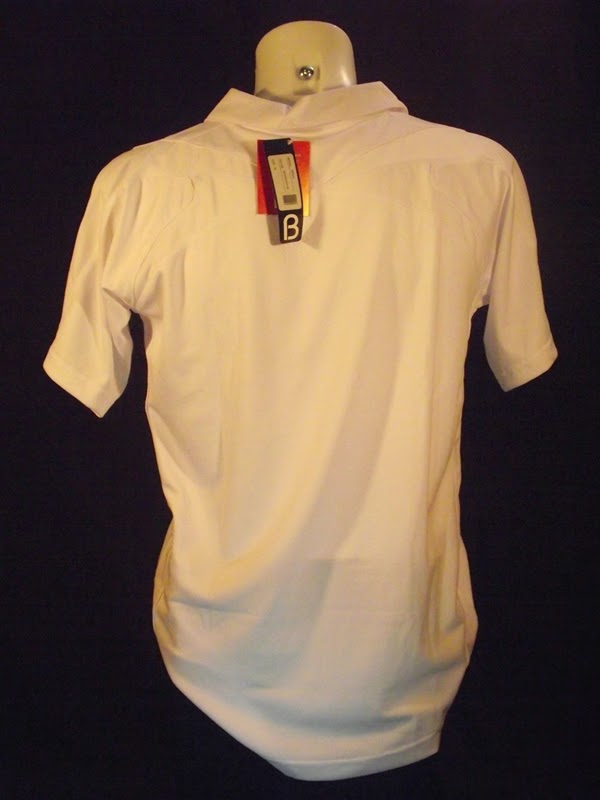 This pretty simple plain white shirt from the national team of Curacao, which is a Dutch colony in the Carribean sea, came from my mate Nick. I like that the logo text seems to be in some kind of Carribean Dutch and says Korsou instead of Curacao and that the manufacturer is Beltona, which I never heard before. On the other hand it is a shame that the design is that boring. The Curacaoans (or however you call them) would deserve a more flashing shirt ;)