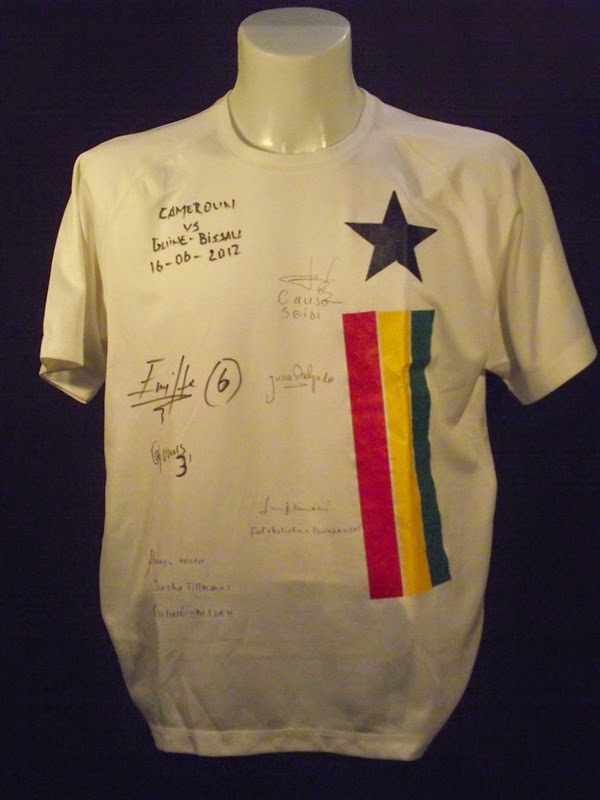 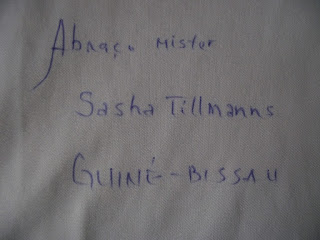 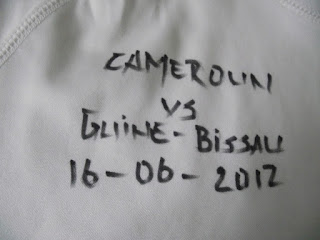 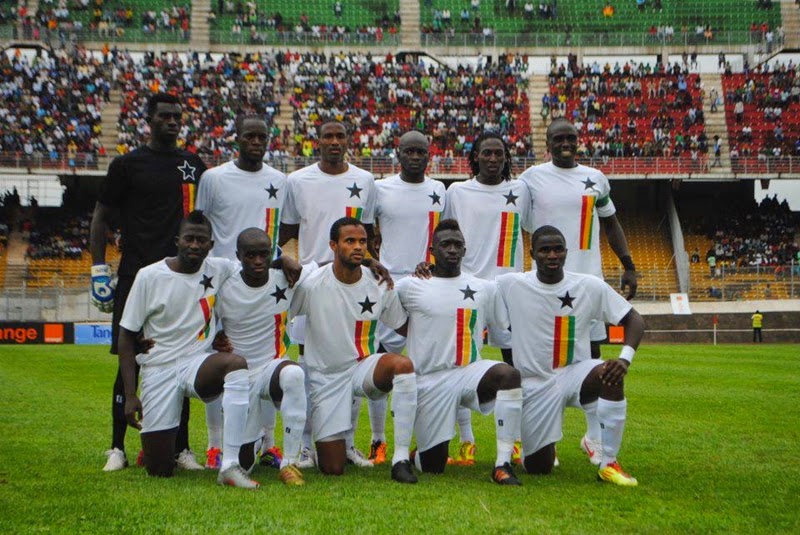 I really got an amazing piece of Polyester here ! It is the amazing new home shirt of the little Portuguese speaking African country Guinea-Bissau (yes, it is next to Guinea Conakry). Let me try to shortly sum up the history of this shirt:
In a match against Cameroun it has been worn on the pitch by number 6 ( I could not find out who this is) on the 16th of June 2012.
I am in contact with a Portugal-based Guinea-Bissauian on Facebook for a long while now. He is leading some kind of fan group and knows all the players (who nearly all play in Portugal) personally. He never could help me to get a shirt. Some day he wrote me that their coach (Mr Manhica) is ill and needs an operation (and thus a flight to Lisbon). So they were selling one of the players shirts for charity. I won this auction for the shirt luckily. After talking to the guys organizing the charity I was promised to get a second shirt (for Nick). For now they "just" sent me 2 t-shirts of the charity which you can see below. 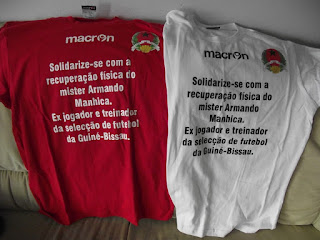 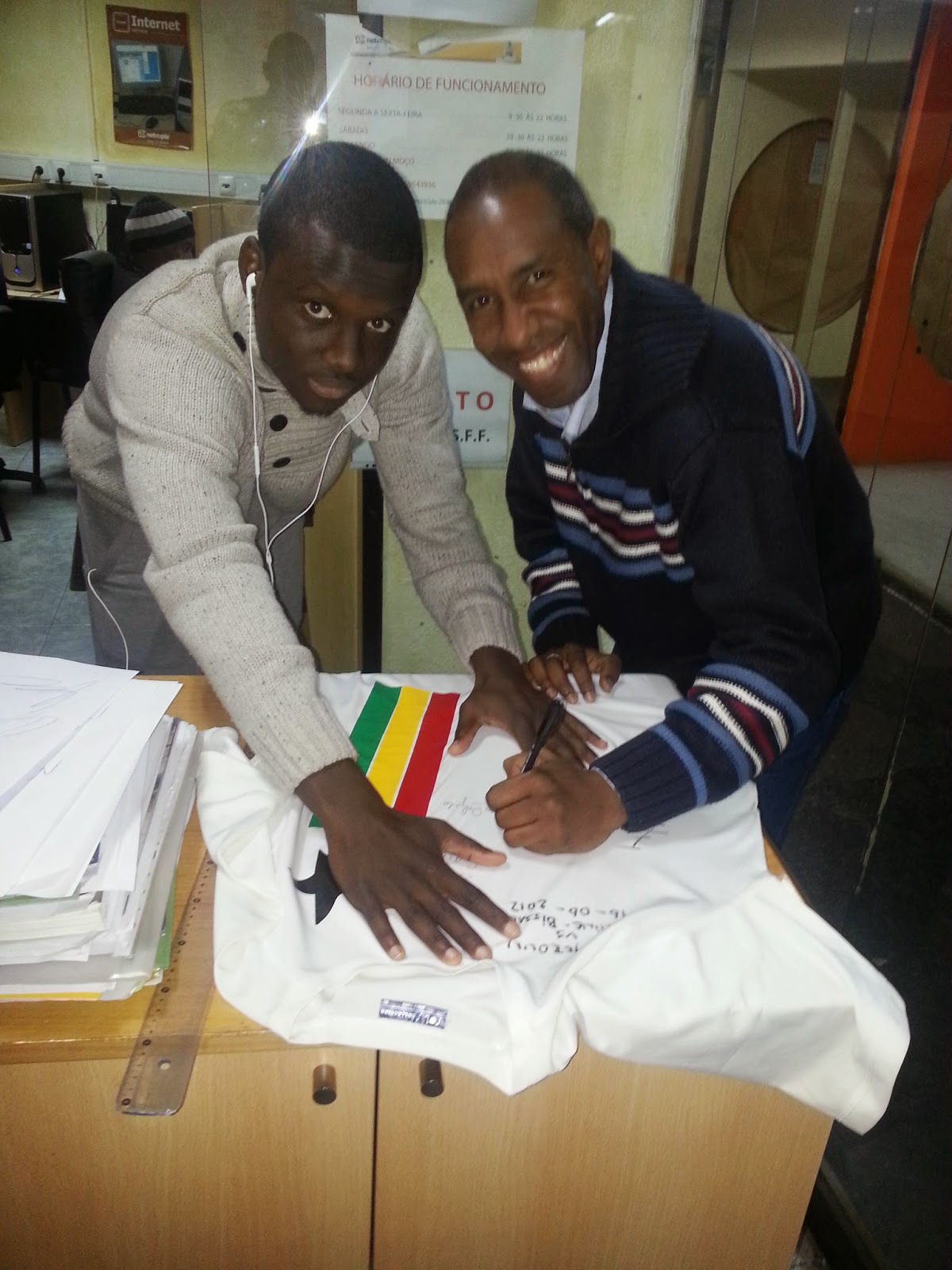 After about 2 weeks of silence they suddenly wrote me that the football shirt has been sent to me. Well a couple of days ago I found it in my post box and here it is:
As you can see a couple of players and the charity organizers signed it for me, too. It also has a personal greeting to me. This is definetly one of the greatest shirts I ever had and I am the happiest man on earth to get it :)